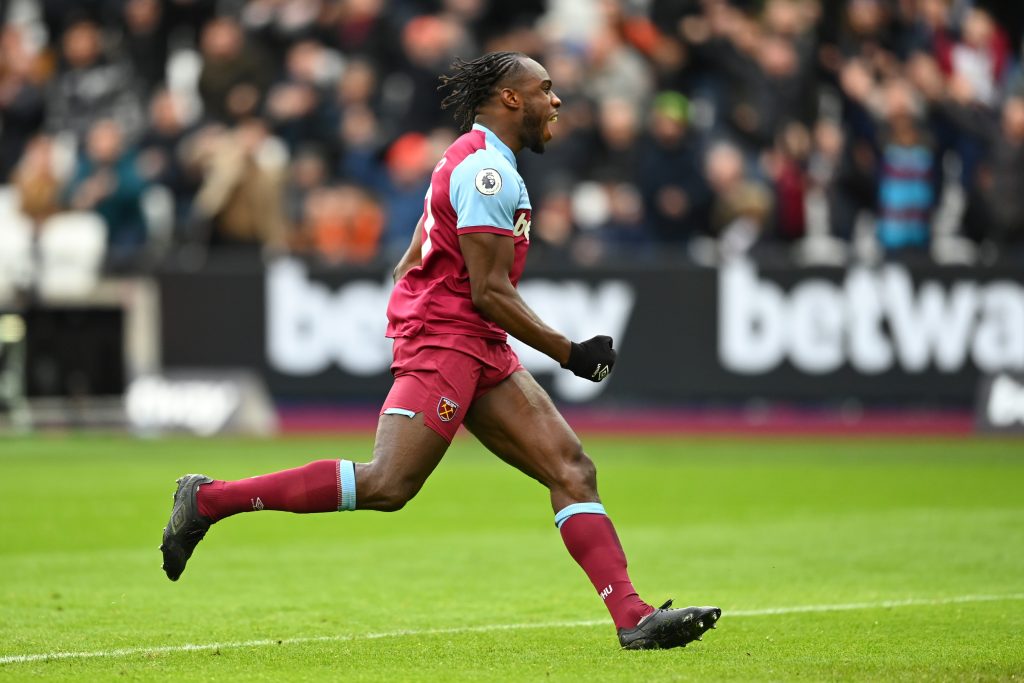 According to Sportsmail, West Ham United winger Michail Antonio has been using revolutionary virtual reality training to maintain his technique during the coronavirus pandemic.

The Premier League is on hold until April 4, and the Hammers star is using VR technology to keep himself in form.

Antonio reveals that the VR tech has helped him improve his awareness in games, and that it particularly came handy in helping him keep up to speed on his touch during two injury spells this season.

While general sharpness level is expected to drop in the coming weeks, the virtual reality device – which consists of a headset, foot and shinpad sensor – could help the West Ham forward maintain his.

The London Stadium outfit closed their training ground after manager David Moyes was forced to go into self-isolation after coming in contact with his Arsenal counterpart Mikel Arteta – who has since tested positive for coronavirus – during the Premier League clash between both sides.

The West Ham boss has shown no symptoms, and players reported back to the training ground on Wednesday morning, only taking part in non-contact drills on the grass.

The players were not allowed to eat inside or take showers inside Rush Green, and training is expected to continue until the Premier League advise against it.

It remains to be seen when action will resume, but Antonio will be using the VR tech to keep himself in shape, and other West Ham players could soon follow suit.