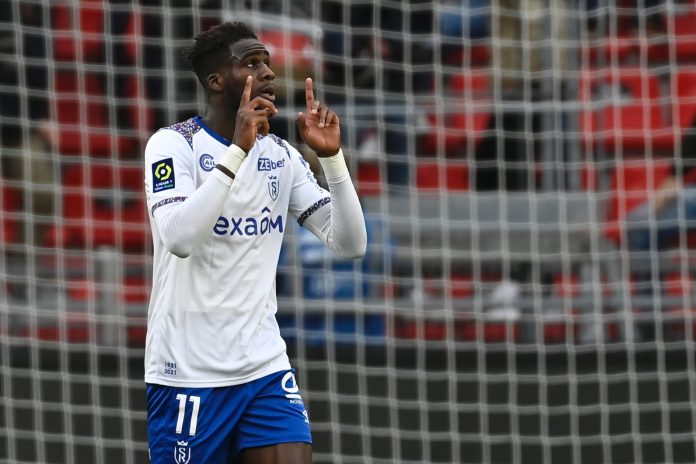 According to le10sport, West Ham United want to sign Reims striker Boulaye Dia this month having identified him as Sebastien Haller’s successor.

The Ivory Coast international is set to join Ajax after just 18 months at the London Stadium, and the Hammers want Dia as his replacement.

The 24-year-old has scored 10 Ligue 1 goals and assisted once in 16 appearances this term, and he is also on the radar of Marseille.

Dia scored 10 league goals in 42 games across the last two seasons and is proving to be a quality finisher.

While West Ham will continue to rely on Michail Antonio as their first-choice striker, they need quality cover and competition, and the Reims star could bring both to the table.

Reims are open to letting Dia go if the right price is tabled, and the Hammers could be willing to meet their demands as they badly need a replacement for Haller.

Lyon see Dia as a potential replacement for Moussa Dembele should the former Celtic hitman leave, but they might not be able to offer him the kind of wages and fee West Ham would bring to the negotiating table.

David Moyes’ side have scored 24 goals in 17 Premier League games this term, with midfielder Tomas Soucek their highest goalscorer with five goals.

Antonio has three goals in nine games, and while Haller also has three, it took him 16 games to produce the return in front of goal.

For a club looking to play European football next term, more is required of their strike force, and landing Dia could help boost their chances of finishing in the top-six.

The Senegal international has also been linked with Everton and Arsenal, and the Hammers would have to move quickly in the coming days and weeks if they want him as he is definitely not short of suitors.