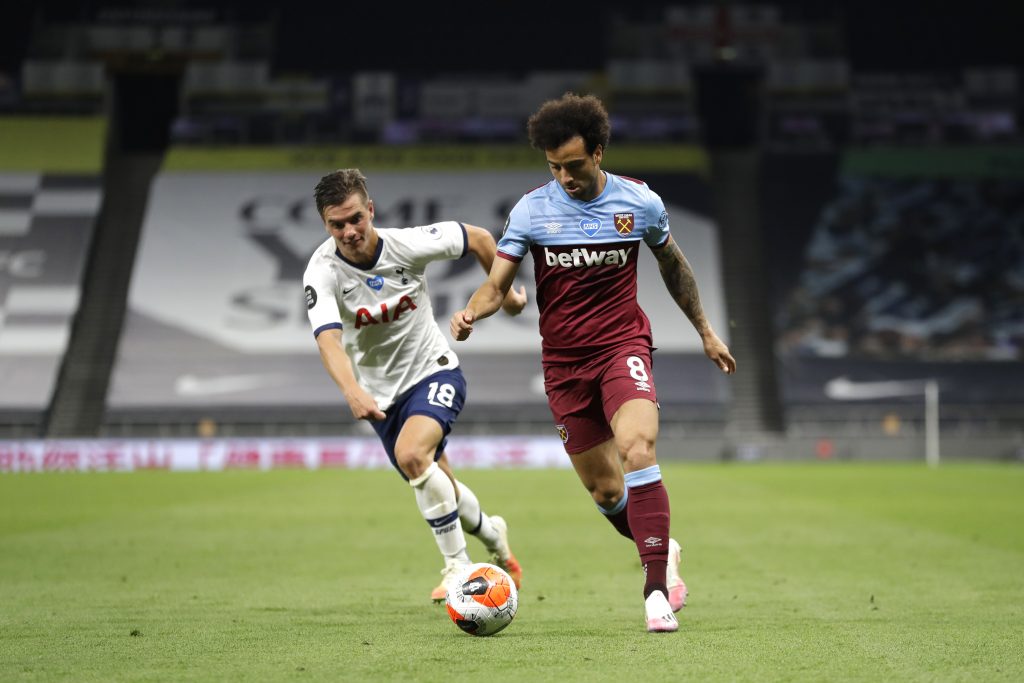 According to The Times, West Ham United are looking to sell Brazilian winger Felipe Anderson this summer as manager David Moyes looks to generate funds to strengthen other areas of his squad.

The 27-year-old has had a disappointing campaign, scoring just once in 24 league appearances and not doing enough to help in the club’s battle to escape the drop.

The Hammers parted ways with a then club-record £36 million to bring Anderson to the London Stadium from Lazio in the summer of 2018.

While he impressed in his debut campaign, scoring nine goals and registering four assists, the Brazil international hasn’t lived up to the hype over the last 12 months.

Nevertheless, Anderson, who earns £85,000-per-week, is attracting interest from clubs abroad and West Ham will look to cash in as he still has two years left on his contract.

The Hammers, currently 16th, are looking to hold on to their top-flight status with just three games left, and today’s six-pointer against 17th-placed Watford – who are only behind them on goal difference – could go a long way in determining their fate.

Anderson isn’t expected to play a part in the clash as he isn’t fully fit, and it remains to be seen if he will be ready for the games against Manchester United and Aston Villa.