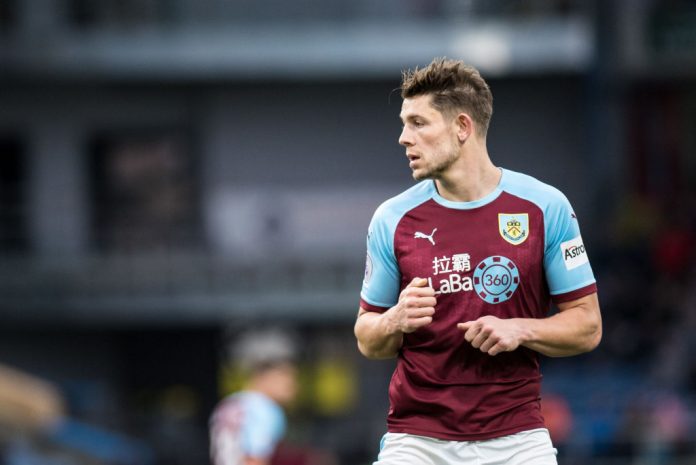 According to the Daily Telegraph, West Ham United have tabled a £20 million bid for Burnley defender James Tarkowski.

However, the bid has been turned down despite the Hammers’ promises of huge add-ons, and they are expected to return with an improved offer.

Manager David Moyes wants to boost his centre-back options, and Tarkowski will no doubt help improve West Ham at the back given his quality and experience.

Moyes is pushing the Hammers board hard to strike a deal with Burnley, and they are set to put the money from Grady Diangana’s sale to West Bromwich Albion into good use.

Burnley boss Sean Dyche will want to hold on to the 27-year-old, but the club could be forced to sell if West Ham table a very good bid.

The England international has been key to the Clarets’ defensive solidity since they returned to the Premier League, and he is as reliable as they come.

Tarkowski featured in every minute of last season’s league campaign, weighing in with two goals and two assists at the other end.

The Burnley star made 47 blocks, 63 interceptions, 66 tackles and the most clearances (200) last term, and adding him to their squad will be huge for West Ham as they look to improve their fortunes on the pitch in 2020-21 and going forward.