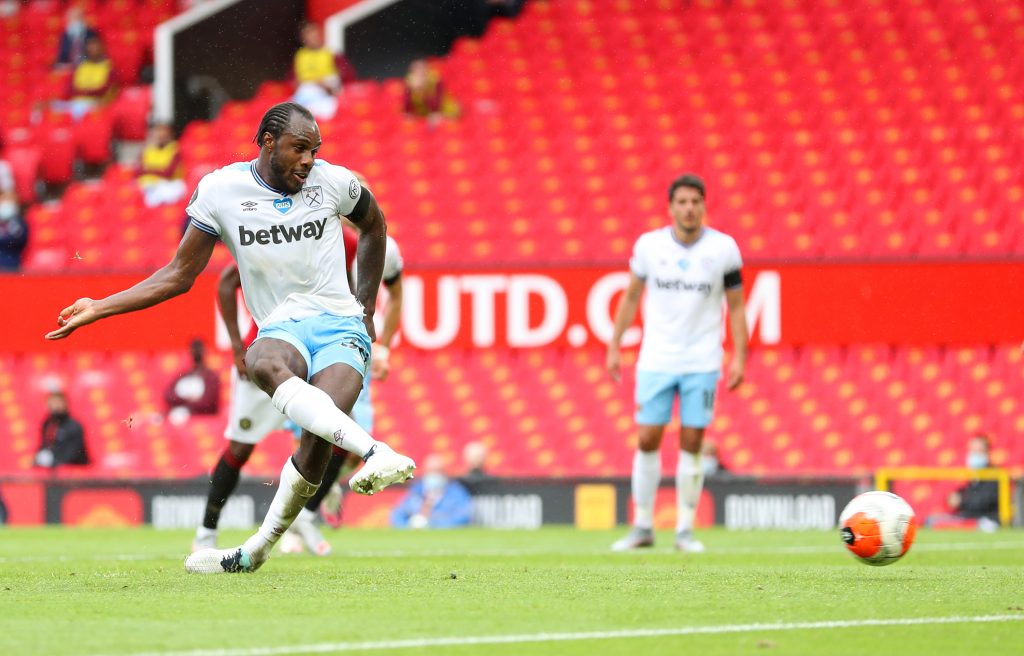 According to The Sun, West Ham United are offering forward Michail Antonio a new four-year contract with only a year left on his current deal.

The 30-year-old has been in sublime form since Premier League action restarted last month, scoring eight goals in eight games to help the Hammers retain their top-flight status, and they are keen to reward him with a new deal.

West Ham have the option to offer Antonio a one-year contract extension next summer but could be shelving the plan to hand him a longer improved term instead.

The versatile forward joined the London Stadium outfit from Championship side Nottingham Forest in September 2015, signing a new four-year deal in the summer of 2016.

Antonio signed a new four-year contract with the Hammers the following summer, and it included a clause of a £250,000 bonus if he hit double figures of Premier League goals in any campaign.

He bagged his 10th league strike of 2019-20 against Manchester United on Wednesday and will be keen to add to that tally on Sunday when Aston Villa come visiting.

His four goals against Norwich City a fortnight ago sent the Canaries down and Dean Smith’s men will have to keep him quiet if they want to play Premier League football next term.

Antonio believes he could retire at West Ham, and that could be possible if he keeps impressing going forward.