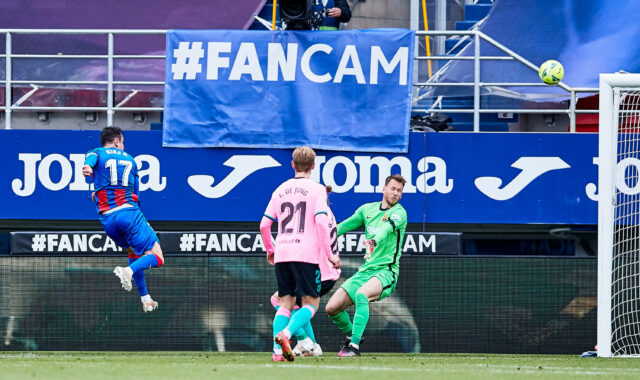 According to reports from Calciomercato, Barcelona are ready to offload their second-choice goalkeeper this summer.

West Ham are keen to land the Brazilian, but they will face competition from Premier League rivals Arsenal and Everton.

Barcelona signed Neto in 2019 for a fee in the region of £22 million. He has a contract at the club until 2023 and will be available for a sensible fee.

Although Neto is currently happy with his role at the club, the La Liga giants are looking to cash in.

Marc-Andre ter-Stegen is the first choice goalkeeper for Ronald Koeman’s side, and Neto has struggled for regular games since joining the club.

He has made just seven appearances in the La Liga this season, conceding six goals. He has also kept three clean sheets.

Neto would be a smart signing for both Arsenal and West Ham if they can get him at a reasonable price.

West Ham need a top-class back-up goalkeeper this summer, particularly after securing a place in next season’s Europa League.

Lukasz Fabianski, 36, remains the first-choice goalkeeper for the Hammers. He hasn’t had a great campaign and needs either competition or replacing.

With Barcelona ready to offload Neto, West Ham must not miss out on a player who is vastly experienced and would grab the opportunity to play regular football.