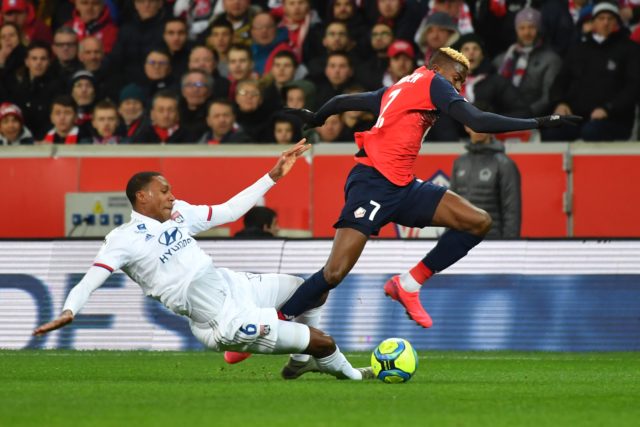 Tottenham Hotspur may have suffered a transfer blow in the race to sign Lille striker Victor Osimhen. The young prolific striker is all set to secure a move to Napoli in the next few days.

According to the Guardian journalist, Fabrizio Romano, the 21-year-old striker is now one step away from joining Napoli.

He has agreed personal terms with the Naples club, and the Lille striker is ready to sign a contract till June 2025.

Napoli are now working on finalising the details of the deal with Lille and the player’s agents.

Victor Osimhen is now one step away from joining Napoli. Personal terms agreed – he’s ready to sign until June 2025. Napoli are now working to complete last details with Lille and his agents then the deal will be finally completed. 🔵 @SkySport #transfers #Napoli #Lille

Osimhen, who scored 18 goals in 38 competitive games for Lille this season, along with six assists, has been linked with a move to several Premier League clubs including Arsenal, Manchester United and Tottenham Hotspur.

However, Napoli were the frontrunner in the race to sign him. Last week, Football Italia reported that the Nigeria international had decided against the move. He was apparently hurt by the fact that his agent worked out all the details without seeking his opinion.

Napoli were supposed to pay €50m fee transfer fee to Lille, plus a huge salary to the 21-year-old striker.

Earlier this week, popular journalist Manu Lonjon has claimed that Spurs could make a late move to sign Osimhen in the next few days.

The London club are set to meet with Lille and the player to discuss a transfer.

However, as it stands, Spurs are out of the race, and that he is on his way to join Napoli.