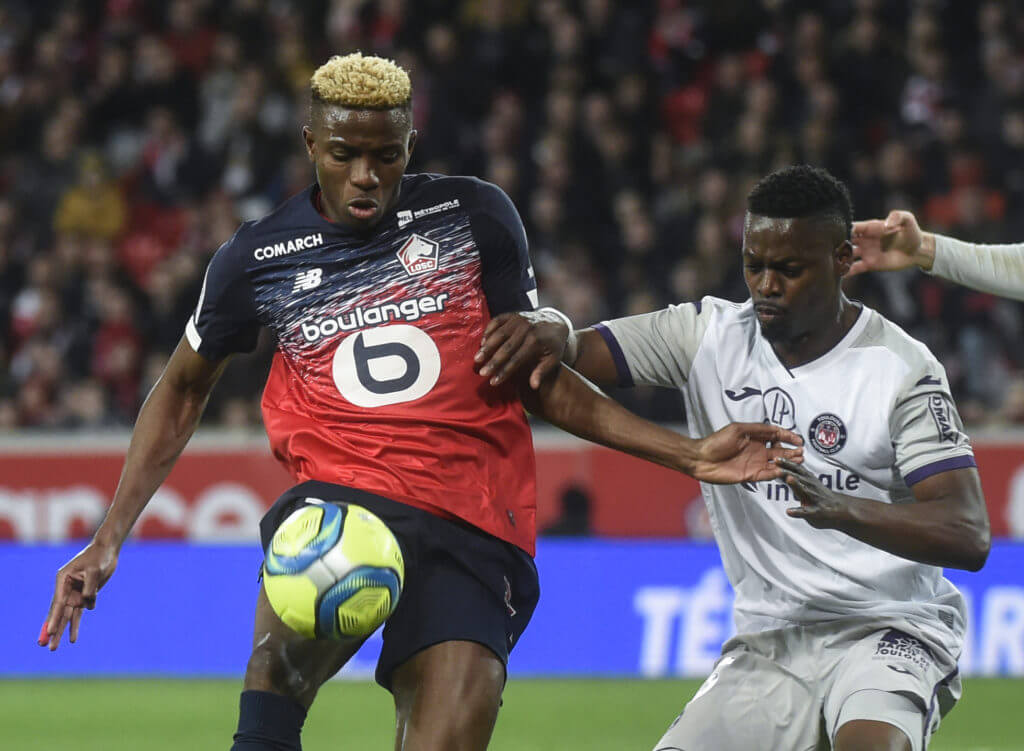 In the past couple of weeks, it has been widely reported that Serie A giants Napoli are looking to sign Lille striker Victor Osinhem.

According to reports from Football Italia, Napoli were supposed to pay €50m fee transfer fee to Lille, plus a huge salary to the 21-year-old striker. His potential arrival would have left the door ajar for Arkadiusz Milik to move elsewhere this summer.

However, it seems the young striker, who scored 18 goals in 38 competitive games for Lille this season, along with six assists, is waiting for a Premier League offer instead.

The report claims that the Nigeria international visited the Napoli facilities, coach Gennaro Gattuso’s home and the house of President Aurelio De Laurentiis. The stage was perfectly set for him to join Napoli.

However, the Nigeria international has decided against the move. He is apparently hurt by the fact that his agent worked out all the details without seeking his opinion.

It is as if he feels pressured into the move to Napoli. The young striker is now waiting for an offer from either Arsenal or Manchester United.

The Gunners could be looking to sign a new striker this summer if either of Alexandre Lacazette or Pierre Emerick-Aubameyang leaves the club. Then again, it looks unlikely that the Gunners would pay such a huge transfer fee for Osimhen when they have other priorities elsewhere.

Manchester United probably won’t move for him. The Red Devils are looking to sign a goal scoring attacking midfielder and have been heavily linked with players like Jack Grealish and Jadon Sancho.