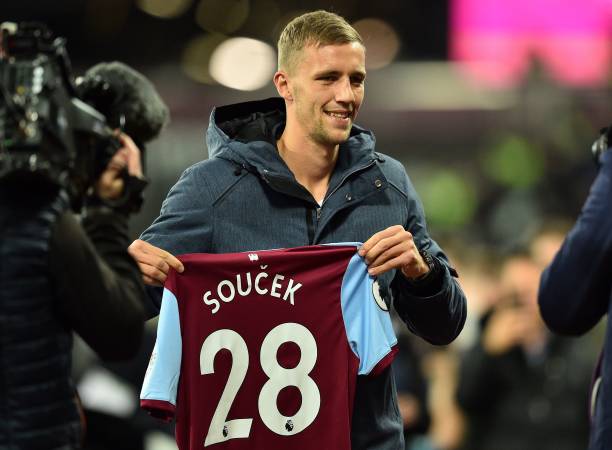 The Hammers have the option of paying £16 million in order to make the move permanent provided they retain their top-flight status at the end of the season.

However, it appears Slavia Prague would love to see West Ham go down in order for them to get their man back.

According to The Athletic’s Roshane Thomas, the Czech side took plenty of persuasion to sell Soucek and are still hoping he will come back, and the club’s hierarchy think the best scenario would be for West Ham to relegate in order for the 24-year-old to return at the end of his loan spell.

The midfielder made his debut during weekend’s 3-3 draw with Brighton, and manager David Moyes is hoping he can play a huge role as he attempts to lead his side to safety once again.

West Ham went 3-1 up against the visitors on Saturday before shipping two late goals that have now left them in 18th place in the table.

With 13 Premier League games still to play this term, the London Stadium outfit have enough time to get themselves back up and hold on to their EPL status at the end of the season.

While Slavia want Soucek back, the player most likely wants to remain in England having spent the last six months learning English.

The West Ham midfielder moved to London with his wife and young daughter, and will now be keen to fully settle down after joining a club outside the Czech Republic for the first time in his career.