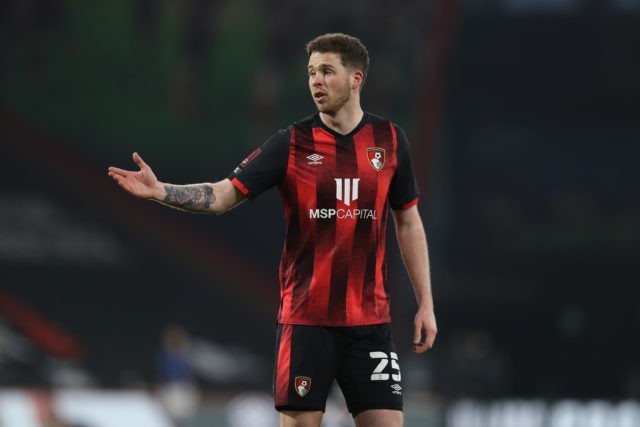 Rangers have made contact with Bournemouth to bring defender Jack Simpson to the Ibrox club in the January transfer window.

Simpson, 24, is out of contract at Bournemouth at the end of the season, and it seems Rangers are looking to secure a deal for him.

Steven Gerrard apparently is a big fan of the defender and wants him to be a part of his squad.

Cardiff City had a 750k bid accepted for Simpson last week, but the transfer battle could get interesting with Rangers having now joined the race.

Rangers have today made contact with Bournemouth over potential moves for defender Jack Simpson and Nnamdi Ofoborh.

Steven Gerrard has been a long time admirer of Simpson, who is out of contract in the summer.

Cardiff had a 750k bid accepted for Simpson last week.#afcb

It is not clear whether Rangers are looking to sign him this month or they want to reach a pre-contract agreement.

Ofoborh is a young Nigerian midfielder who has struggled for regular game time this season.

The 21-year-old has managed just three appearances this season and has a contract at the club till 2021.

Simpson has made nine appearances in the Championship this season.

It seems the Gers are focusing on bolstering their defence, and Simpson would a good signing for them.

He has progressed through the youth ranks at Bournemouth and has Premier League experience as well.

While there’s an offer on the table from Cardiff, Simpson could find it hard to reject if Rangers come calling.

Rangers do have quality defenders in Connor Goldson, Nikola Katic and Filip Helander at the club, but Simpson would still be a valuable addition for them.