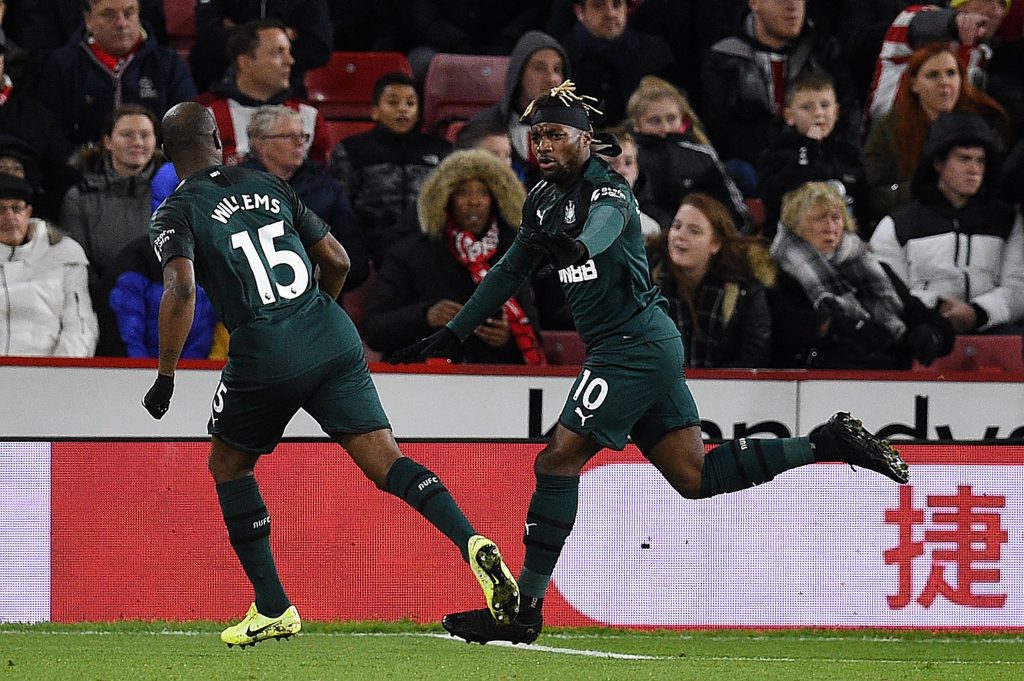 Newcastle United could have an underwhelming summer transfer window after it emerged that they have only around £30 million to spend in the market.

Things would have been different for the Magpies had their £300 million takeover by the Saudis gone through, and the coronavirus pandemic complicated things too as head coach Steve Bruce was expecting a transfer budget of around £60 million prior to it.

Newcastle now have to make sales to supplement their current budget, while they have also floated potential swap or part-exchange deals, as well as loans, during enquiries for players across Europe.

They will be looking to hold on to their key players, but that shouldn’t stop bids from coming in, and French winger Allan Saint-Maximin has already been linked with Wolverhampton Wanderers.

According to The Athletic’s Chris Waugh, the forward’s form has already led some agents to float his name around in the transfer market, and sizeable bids could test the club’s resolve.

Newcastle parted with £16.5 million last summer to sign the 23-year-old on a six-year deal from OGC Nice, and he is arguably the most exciting player they have landed in a long while.

He hit the ground running in English top-flight, with his electric pace and bag of tricks causing constant problems for the opposition in the final third.

Saint-Maximin ended last term with four goals and four assists in 30 games across all competitions, and will look forward to having more impact next term and going forward.

If that will be at Newcastle remains to be seen as the chance to play Champions League football could lure him away from St. James’ Park.