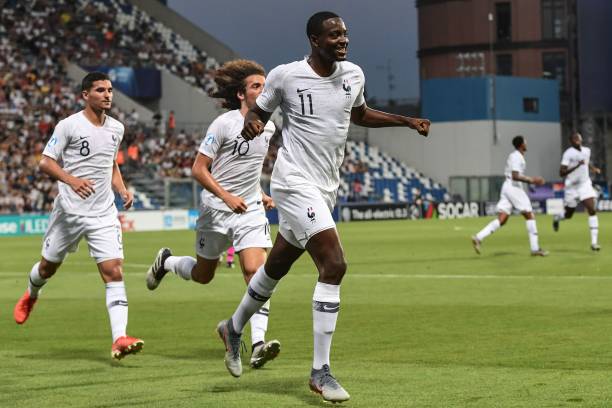 According to L’Equipe (via Evening Chronicle), Newcastle United have bid around £20 million for Mainz striker Jean-Philippe Mateta.

The France youth international scored 14 league goals in 34 games last term and the Bundesliga side have slapped £35 million on his head despite signing him for just £9 million last summer.

Newcastle are looking to make quality additions to their squad this summer, but it is hard to see them breaking their club transfer record barely six months after they paid £20.7 million for Miguel Almiron with owner Mike Ashley still calling the shots.

Mateta, who claims he plays like Zlatan Ibrahimovic, will be a great addition to the Magpies’ attacking ranks if a move can be sealed for him, though.

The 22-year-old has a lot of potential and can become one of the best strikers in the world after proving his worth by scoring 20 goals in 38 games for Le Havre in 2017-18 after Lyon let him go.

At 6ft 4in, Mateta is a physical striker as they come and can be Newcastle’s long-term replacement for Salomon Rondon.

Given Ashley’s insistence on signing players with a sell-on value, the Mainz star fits the bill perfectly, but it remains to be seen if the Saint James’ Park outfit will be keen to meet the asking price of the Germans.