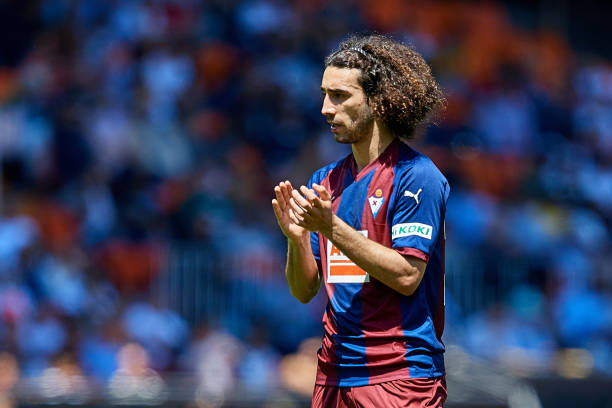 According to The Chronicle, Newcastle United have been running the rule over Barcelona left-back Marc Cucurella this season, and will look to bring him to Saint James Park this summer.

The 20-year-old spent the whole of the season on loan at Eibar, featuring in 31 La Liga games.

Cucurella managed to assist twice, scoring once – against his parent club.

Real Betis and Sevilla are also keeping tabs on him, while AC Milan, Borussia Dortmund, Chelsea and Tottenham Hotspur once had a look at him, so Newcastle have fierce competition to beat to have any hopes of landing him.

❗Eibar wants to use their buy option on Marc Cucurella for 2M, but Barça wants to use their re-purchase option for 4M and then sell him. Eintracht Frankfurt, Borussia Mönchëngladbach, Hoffenheim, Brighton, Sevilla and Betis are most interested [tv3] pic.twitter.com/xVTCdmtfP2

Eintracht Frankfurt, Borussia Monchengladbach, Hoffenheim and Brighton and Hove Albion have also been linked with the La Masia graduate.

Eibar have the option to secure Cucurella’s permanent signature for £1.7million, but Barcelona want to exercise their option to buy him back for £3.5million in order to cash in on him this summer.

The Magpies need a new left-sided player after Chelsea’s Kenedy’s disastrous loan spell, and manager Rafa Benitez’s scouting team in Spain have been watching a lot of left-backs.

The Spain under-20 international can play further up the pitch and also in midfield, offering Newcastle lots of options as a result of his versatility, but it remains to be seen if he will be keen on a move.

The future of Benitez at the club will also have a lot of say, and it will be interesting to see how things go for the Toons this summer.