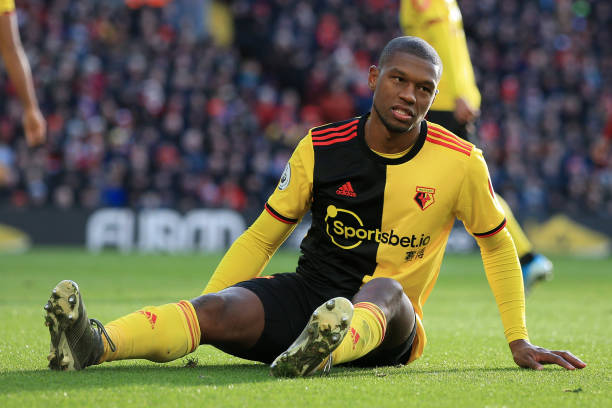 According to French outlet le10sport, Newcastle United are interested in Watford centre-back Christian Kabasele and are already in contact with him over a January move.

West Ham United are also said to be keen on the 28-year-old, while Manchester United and Arsenal have also been linked with an interest.

Newcastle boss Steve Bruce wants to boost his squad this month given the injuries beleaguering the side, but it isn’t clear if he wants another defender.

Hammers manager David Moyes will also look to strengthen his centre-back department, and Kabasele will be a fine addition given his Premier League experience.

The Belgian has a deal with Watford until 2021, but the Vicarage Road outfit are in talks with him about a three-year extension.

Newcastle skipper Jamaal Lascelles is currently out injured, and with 77 EPL games under his belt, the Hornets star can be a fine addition to the Magpies’ defence.

Kabasele has featured in 13 Premier League games for Watford this term and he remains a key player for the side.

Given their fight to beat the drop, it’s hard to see the Hornets part with such an important player this month, but a juicy offer from Newcastle or West Ham could force their hands.

The chance to play in Europe could also attract the defender, and that will give Arsenal and Man. Utd an advantage, but he might have to wait till summer to have any realistic chance of making any move.