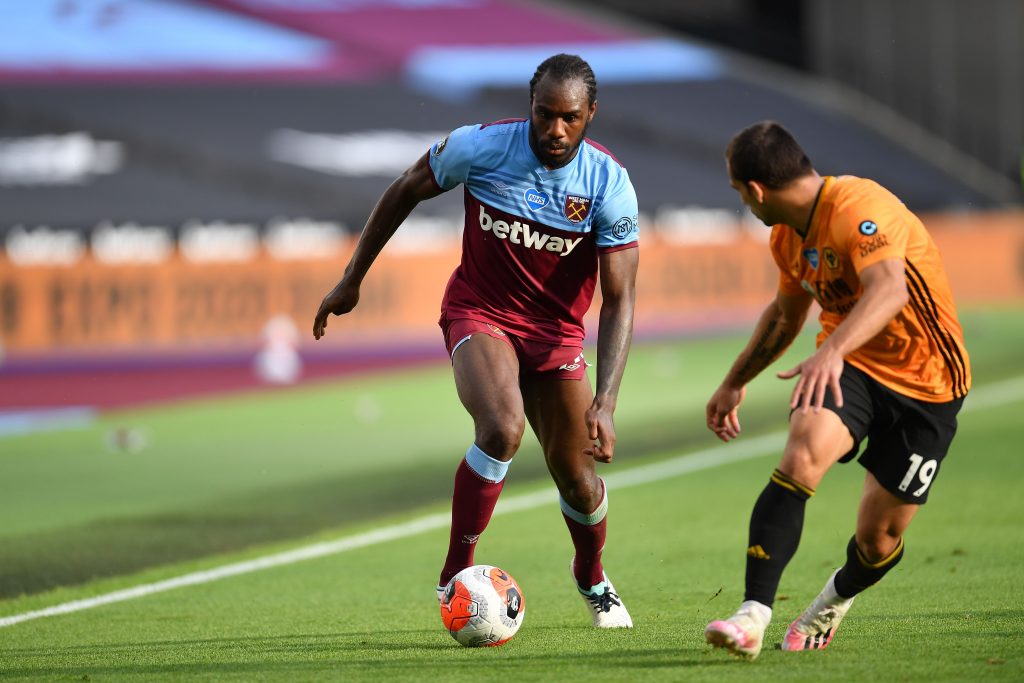 According to The Athletic’s Roshane Thomas, West Ham United striker Michail Antonio believes he could retire at the London Stadium club despite interest from Wolverhampton Wanderers and Real Betis in recent seasons.

The 30-year-old has proven crucial to the Hammers’ survival bid since the Premier League resumed, scoring twice and assisting once to help the side earn four points in their last two games.

Manager David Moyes will hope Antonio can keep up the form over the course of the remaining five games, and that shouldn’t be a problem given the teams they will be facing.

West Ham host Burnley on Wednesday before travelling to Norwich City on Saturday.

They host Watford six days later before a trip to Manchester United, and will finish the campaign with a home clash against Aston Villa.

The Hammers are currently 16th in the table and four points above the relegation places, and they have a quality player who can help them retain their top-flight status in Antonio.

While his current contract expires next summer, West Ham have the option to offer him a one-year contract extension by then, and they are likely to activate him given his current form.

Despite his struggles with injuries, he has appeared in 148 games for the Hammers since arriving from Nottingham Forest in 2015 for £7 million, scoring 32 goals and each of them has been crucial.

Antonio’s experience and quality definitely come handy, and it will be interesting to see if he can convince the club to hold on to him for much longer with his performances.