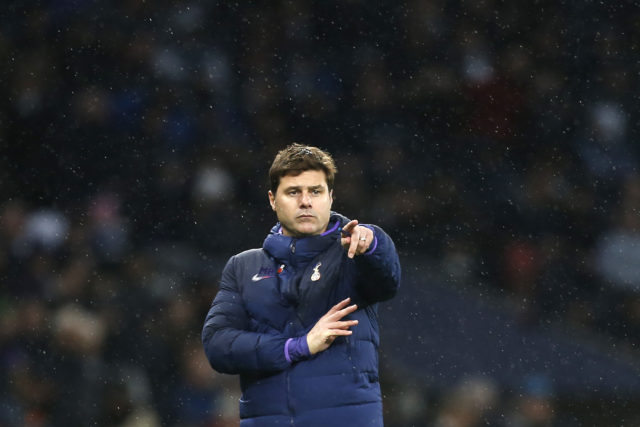 According to The Athletic’s David Ornstein, former Tottenham Hotspur manager Mauricio Pochettino is patiently waiting to get back into the dugout and is keeping an eye on some of the biggest jobs in the Premier League.

The Argentine was sacked by Spurs last November following a poor start to 2019/20, and he has remained out of a job since then.

Pochettino was linked with Newcastle United, Juventus and Inter Milan during the off-season, while Athletic Bilbao are also believed to be interested in securing his services.

However, he fancies a return to England and is monitoring the situations at Manchester United, Manchester City and Chelsea, according to Ornstein.

A potential return to Paris Saint-Germain where he played is also an option, with manager Thomas Tuchel under fire.

The former Spurs boss has been perennially linked with the Red Devils job since his time in North London, and Ole Gunnar Solskjaer’s days at Old Trafford could be numbered if things don’t improve on a permanent basis.

However, the Norwegian still has the support of the board, and a change of managers doesn’t appear to be on the cards at the moment.

There were reports that Man Utd chiefs made contact with the 48-year-old following humbling defeats at the hands of Arsenal and Istanbul Basaksehir, but talks of that have died down after the 3-1 win at Everton on Saturday.

Frank Lampard isn’t under any pressure at Chelsea at the moment following a fine start to 2020/21 that has seen his side secure four victories and three draws in their opening eight league games.

However, he will be expected to win silverware this term having spent in excess of £200 million on players during the summer transfer window, and failure to do so or mount strong challenges across all competitions could put his job on the line.

Man City manager Pep Guardiola is yet to sign a new deal with his current contract running out next summer, and the club are already looking at potential replacements.

Pochettino wouldn’t look out of place should he succeed the Catalan at the Etihad Stadium, while he would likely be on the radars of United and Chelsea should they need another manager given the job he did at Spurs.