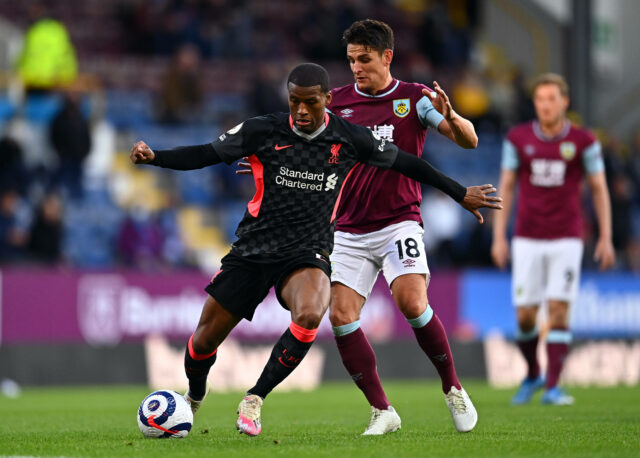 Gini Wijnaldum is almost certain to leave Liverpool this summer.

The Dutchman has a contract at the club until the end of the season, and he will be a free agent in the summer.

Liverpool have made several attempts to persuade him to stay, but it looks like his future lies away from Anfield.

Barcelona have been frequently linked with a move for the former Newcastle United midfielder, with Ronald Koeman keen to get his signature.

According to Sport 1 journalist Florian Plettenberg, Bayern Munich have now joined the race to sign Wijnaldum.

❗️News #Wijnaldum: After his agent had done some self-promotion in #MeineBayernWoche 🎧 2 weeks ago, #FCBayern got in touch with his management. Talks should have been positive so far. A transfer seems to be possible because he's a free agent. GW wants to move to Munich. @SPORT1

The 30-year-old has played in every Premier League game for the Reds this season, scoring two goals.

He was an integral part of the Liverpool squad that won the Champions League and the Premier League title under Jurgen Klopp.

With Curtis Jones emerging as a key player over the past few months, he is likely to replace Wijnaldum in the long run.

Signing a midfielder could be a priority for the Reds, as they are set to undergo a rebuilding process following a disappointing campaign.

Wijnaldum has been a decent servant for the club, but the time appears to be right for him to move on this summer.