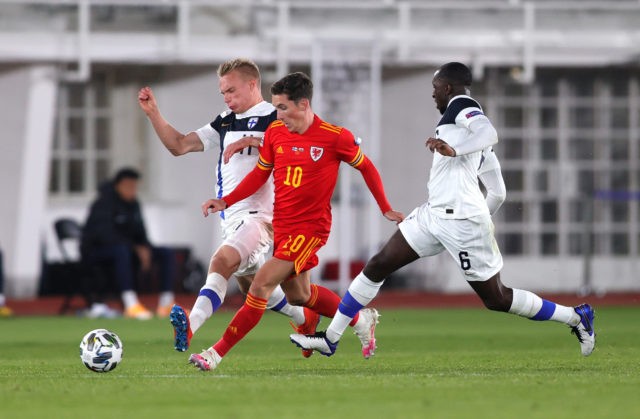 After months of inactivity, Liverpool have made incursions in the transfer market, and have moved quickly to secure double deals for Thiago Alcantara and Diogo Jota.

Thiago completed his move yesterday, and Jota is expected to follow soon after the Reds reportedly have completed a £45 million deal for him.

The 4-3 victory against Leeds United last weekend may have spurred them into making moves in the transfer market, and it remains to be seen whether Jurgen Klopp makes one more signing, with surgery at the back urgently required.

According to reports from The Athletic, Liverpool will now be looking to offload a few players to balance the books. As many as six players could find themselves heading out of Anfield before the window closes.

Gini Wijnaldum has been linked with a move to Barcelona. However, the deal looks dead in the water with the Catalan giants struggling with finances.

The Reds are actively looking to offload Harry Wilson and Marko Grujic; both are valued at around £20 million. Liverpool won’t entertain any loan moves for them.

The report claims that Grujic has attracted interest from Borussia Monchengladbach. Wilson is being chased by a host of Premier League clubs including Fulham, but Liverpool’s asking price comes as a significant hindrance.

Several Championship clubs are pursuing Nat Phillips. Liverpool are also keen to sell Loris Karius and Yasser Larouci, both find themselves way down the pecking order, and they are not in Jurgen Klopp’s plans.

Liverpool are also considering both permanent and loan offers for Rhian Brewster, with Crystal Palace and Sheffield United leading the chase.