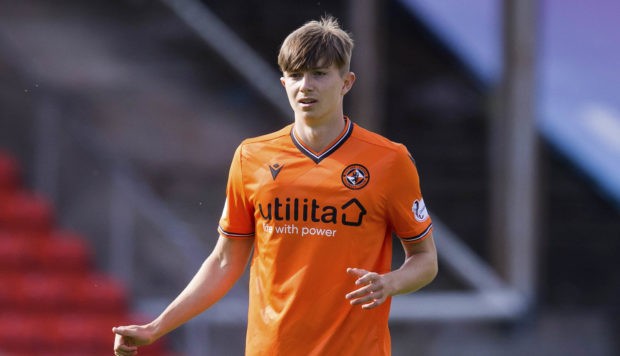 According to reports from the Daily Record, Scott Banks has rejected a new contract offer from Dundee United.

The news should come as a boost for the clubs in England as several Premier League and Championship clubs had previously shown interest in the highly-rated midfielder.

The 18-year-old, who received the club academy player of the year award in 2019, has started to burst on to the scene in recent months.

Although he has made a handful of first-team appearances for Robbie Nielson’s side, his intelligent use of the ball has caught the attention of several English clubs.

Back in August, The Daily Record reported that Premier League clubs Manchester City, Crystal Palace and Southampton were keeping close tabs on him, while Leeds United were also vying for his signature.

Banks has now rejected the chance to sign professional terms with Dundee United as he sees his future away from the Championship outfit. The youngster will be free to leave at the end of the campaign, so interested parties can get him at a bargain price.