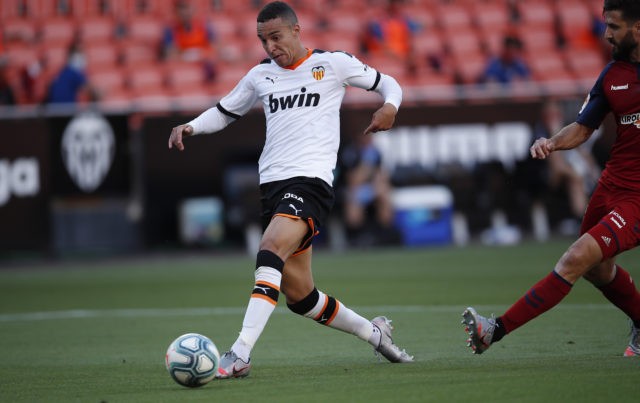 According to reports from The Athletic, Leeds United are close to signing Valencia winger Rodrigo this summer.

Hay has claimed earlier today that Leeds director of football Victor Orta is in contact with the player’s representatives, while Valencia intend to sell him in this window.

Leeds are also interested in Ollie Watkins from Brentford, but he is only an alternative option for the Whites at the moment.

The report claims that Leeds have held a positive talk over the striker’s future. The Whites are increasingly optimistic that Rodrigo’s signature will be secured this week.

Valencia are selling some of their key players and are looking to reduce their operating budget ahead of next season.

Rodrigo is keen to play under Leeds United head coach Marcelo Bielsa. The two clubs are yet to officially settle on a price, but Leeds expect to secure the deal with an offer in the region of £30m. It will break their transfer record of £18m for Rio Ferdinand.

An agreement over terms could allow a medical to take place for the 29-year-old before the weekend. Rodrigo is a highly experienced player and would be a very good signing for the Yorkshire club.