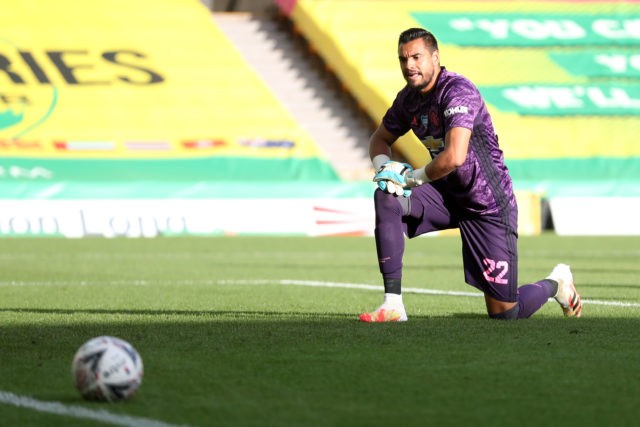 According to reports from ESPN, Leeds United and Everton are interested in signing Sergio Romero in the summer transfer window.

Leeds are preparing their first season in the Premier League after a gap of 16 years, and they are expected to bolster their squad in the summer.

Everton, likewise, are looking to sign a solid goalkeeper who can provide competition to Jordan Pickford.

Leeds have signed Illan Meslier on a permanent deal from Lorient. However, Marcelo Bielsa could still be looking to sign an experienced goalkeeper, especially if they allow Kiko Casilla to leave.

Romero, who joined Manchester United on a free transfer in 2015, has kept 38 clean sheets in 59 matches for the Red Devils.

The Argentine goalkeeper has been used mostly as a back-up keeper behind David De Gea. So, he could be tempted to join any Premier League outfit where he can expect regular football.

Romero is on £70k-per-week wages at Manchester United, and that could be a problem for Leeds. However, if they can sort out his wages, he would represent a smart signing for the club.

Everton must aim to sign a back-up goalkeeper this summer. Pickford is very good on his day, but he has lacked consistency.

However, due to the Argentine connection, Leeds, who can offer him regular games, will have a better chance to sign him.