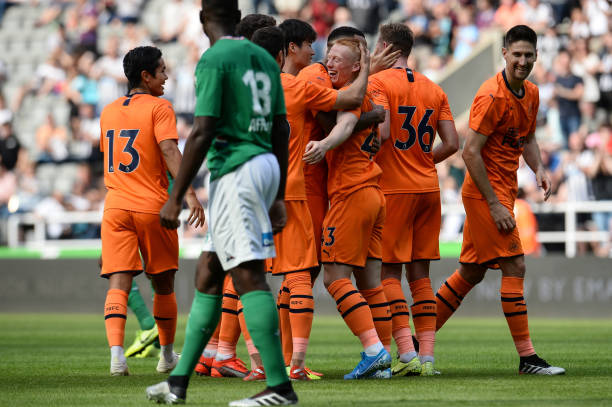 According to Sky Sports, Newcastle United summer signing Allan Saint-Maximin is currently out with a hamstring injury, and is set to miss Wednesday’s League Cup clash against Leicester City.

Manager Steve Bruce has also been dealt a massive blow as six other players could miss the clash due to injuries.

Jamaal Lascelles, Fabian Schär, Joelinton, Miguel Almiron, Christian Atsu and Jonjo Shelvey are all doubts for the clash, and Newcastle could be forced to do with fringe and youth players for the Cup game.

Wednesday’s game against the Foxes is the only all-EPL clash in the League Cup second-round, and the injuries have no doubt dealt a huge blow on the Magpies’ chances against an in-form opponent.

Newcastle picked up their first points of the new Premier League campaign on Sunday at the expense of Tottenham Hotspur away from home, but the 1-0 win has come with a huge price as most of the players put their bodies on the line.

Watford visit Saint James’ Park at the weekend, and Bruce will only hope his key players can be fit for the clash as the Toons look to build on the impressive Spurs result.