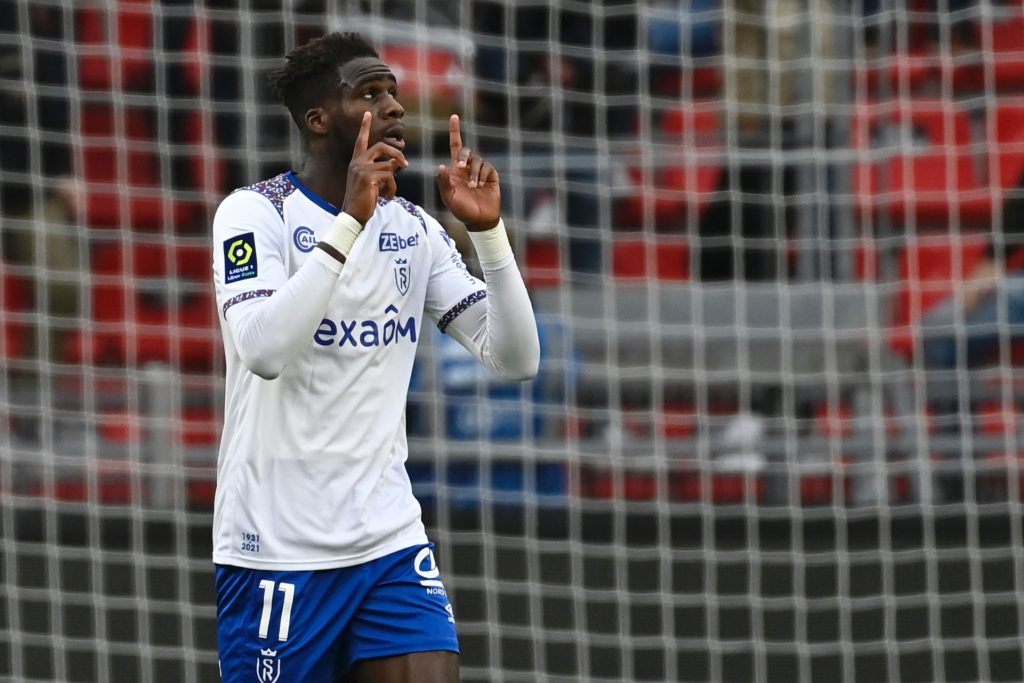 According to le10sport, Crystal Palace and Fulham have joined West Ham United in the race for Reims striker Boulaye Dia.

The 24-year-old has been in explosive form in 2020-21 after ending last term with just seven goals in 24 league games, and he is also attracting interests from Marseille and Krasnodar.

Dia has surpassed that return and currently leads the goalscoring charts in Ligue 1 with 12 goals in 18 games, and it has not come as a surprise that the aforementioned Premier League trio are keen on him.

While Palace and Fulham have recently made contact with Dia’s representatives, they are yet to make any concrete offer.

Reims will not be keen to let such a key player leave halfway through the season, and suitors might have to table a very tempting bid to have a chance of prising him away this month.

West Ham see the Frenchman as a potential replacement for Sebastien Haller, but they could miss out on him following the emergence of their London rivals in the race.

Palace need a quality finisher to lead their line with Christian Benteke still struggling in front of goal, and adding Dia to an attack that already boasts of Wilfried Zaha and Eberechi Eze will be huge.

Landing him could help boost Roy Hodgson’s side’s chances of finishing in the top eight, but whether they can pip West Ham and Fulham to his signature remains to be seen.

The Cottagers have languished in the relegation zone all season and will need to make quality additions this month to have a realistic chance of staying up.

A quality striker in the mould of the Frenchman would help boost their survival chances, but convincing him to swap one relegation battle with another one could prove difficult.