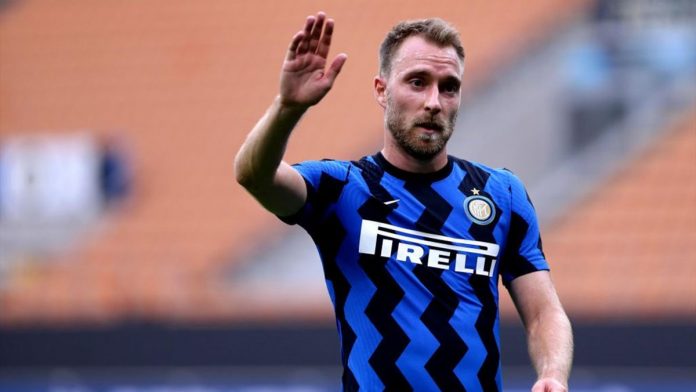 According to The Athletic, Inter Milan midfielder Christian Eriksen has been offered to Wolverhampton Wanderers, but the Midlands outfit have no interest in the 28-year-old, with a striker their top priority for the January transfer window.

With Mexican striker Raul Jimenez likely to be out for the rest of 2020-21 having suffered a fractured skull, Wolves are looking to land a replacement this month having been left with 18-year-old Fabio Silva as their only natural option up front, and they have continued to run the rule over numerous viable targets.

Eriksen has also been linked with a return to Tottenham Hotspur 12 months after he left for the Serie A giants in a £24 million deal, and while that is unlikely to happen, sources have told The Athletic that there is a “small possibility”.

The Denmark international scored 69 goals and made 89 assists during eight years at Spurs, but he has struggled to make an impact at Inter and is way down the pecking order of manager Antonio Conte.

Paris Saint-Germain have also been linked with Eriksen, but they are likely to go after Dele Alli instead with Mauricio Pochettino eyeing a reunion.

Tottenham could be tempted to bring the Dane back should Alli leave for PSG, but he would have to accept a pay cut for that to happen.

He currently earns around £6.75 million net, and chairman Daniel Levy rejected the chance to have him back when he was offered to Tottenham at the end of the last summer transfer window.

Eriksen clearly wants to leave Inter and has reportedly offered himself to Real Madrid and Atletico Madrid.

However, his form over the last 18 months hasn’t done his chances of joining another top club any good, and it will be interesting to see what happens in the coming days and weeks.