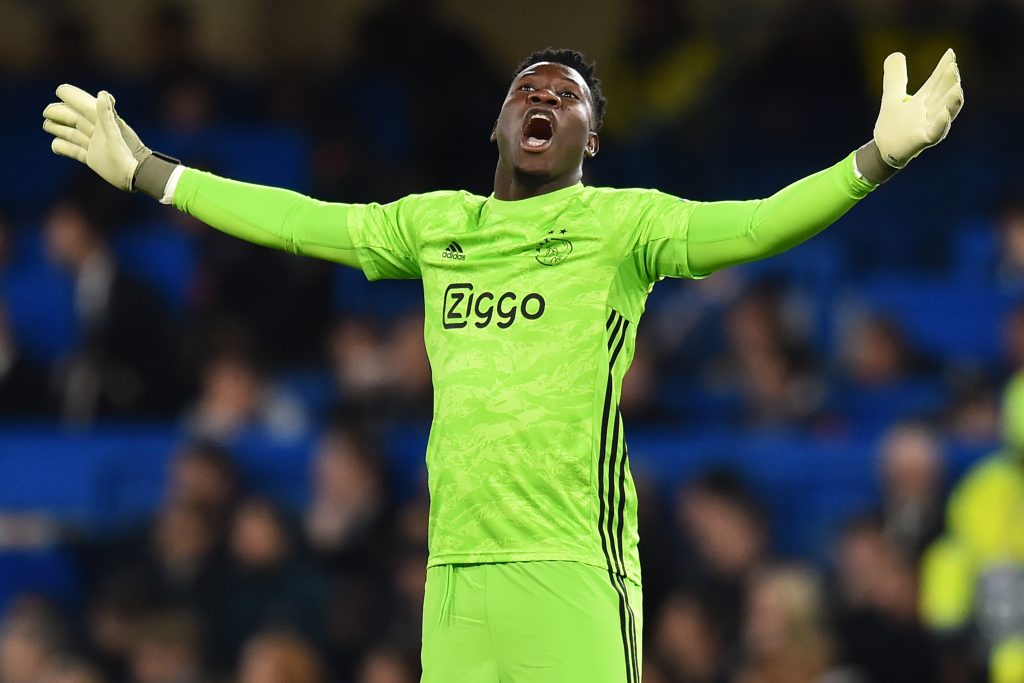 Once pro sports resume, we will know more about this and many other potential transfers. There will be so much going on, sports betting fans around the world will be overwhelmed. The best way to get ready is to check this guide to the newest betting sites brought to you by NewCasinoUK.

According to Spanish outlet Sport, Chelsea are main favourite ahead of Barcelona in the race to sign Ajax goalkeeper Andre Onana in the summer.

Daily Mail reported earlier this month that the Cameroon international is also understood to be interested in a move to Tottenham Hotspur, but it appears Frank Lampard’s men have moved ahead of them in the race.

With skipper Hugo Lloris out of contract in June 2022, Spurs could be in the market for a new goalie this summer, but they might have to look elsewhere now as Chelsea are said to be ready to get rid of Kepa Arrizabalaga and are willing to push hard for Onana.

The Spaniard was left out of the starting XI against Leicester City and Manchester United, and could remain on the bench for Spurs’ visit later today as Lampard continues to stick with Willy Caballero.

Onana is set to leave Ajax at the end of the season, and the Eredivisie club have set £34 million as a starting point for negotiations.

While Barcelona see the 23-year-old as a potential cover for Marc-André ter Stegen with last summer signing Neto struggling to impress, he will be Chelsea’s first-choice if Arrizabalaga is flogged, and that will definitely delight him more.

The Blues have already sealed a move for Ajax forward Hakim Ziyech ahead of the summer transfer window, and it will be interesting to see if a Stamford Bridge move for Onana could materialize.