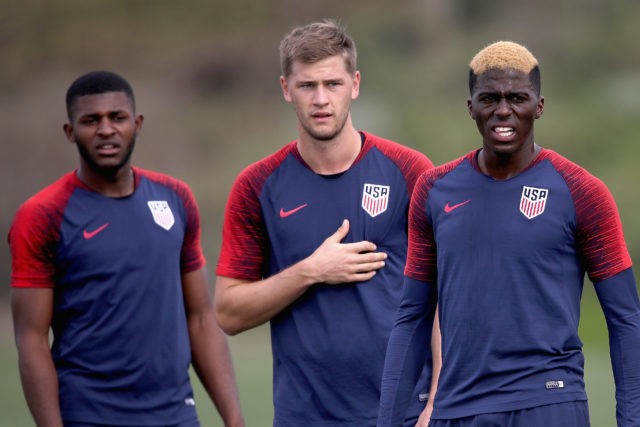 According to reports from the Daily Record, Celtic are eyeing a move for Mark McKenzie in the summer transfer window.

It is an open secret that the Scottish champions will be looking to bolster their defence this summer.

Neil Lennon is looking to replace Jozo Simunovic with a quality defender, while Kristoffer Ajer has been linked with a move away to AC Milan recently.

The report claims that McKeinze has emerged as one of the central defenders who are being monitored by the club, and that the Hoops are ‘eyeing a move’ to secure his signature.

The Philadelphia Union centre-back is on the radar of the Hoops as they look to add new faces in the squad to boost their chances of securing 10 SPL titles in a row.

The 21-year-old has come up through the ranks of the American set-up. He made his first senior appearance for his country five months ago after captaining his nation at the 2020 Under-20 World Cup in Poland.

He is a versatile young defender who can also play as a left-back. The youngster has 18 months left on his current deal, but Celtic can get him on a bargain deal at less than £1million.

McKenzie is an exciting young talent and he would be a very good signing for the Bhoys. If Celtic can get him at a bargain deal, it could be a masterstroke signing from Lennon once again.