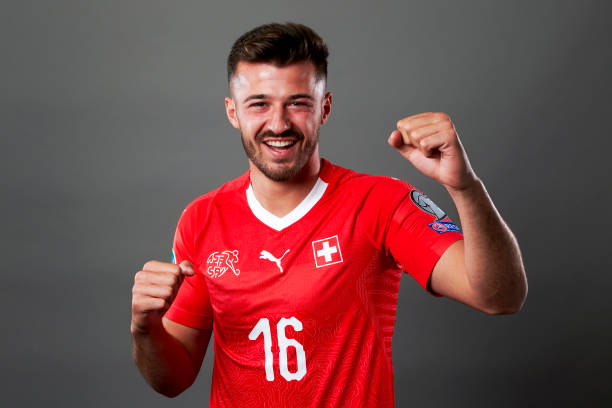 According to Football Insider, Basel have accepted West Bromwich Albion’s bid for striker Albian Ajeti, but the player has his heart set on joining West Ham United instead.

Slaven Bilic’s side are said to have matched the Swiss side £8 million asking price, but they are yet to agree personal terms with the 22-year-old who isn’t keen on playing in the Championship and would rather prefer to link up with the Hammers.

Football Insider claims West Ham have already tabled a bid of £4.5 million for Ajeti, but it is £3.5 million short of Basel’s valuation of the Switzerland international and it remains to be seen if they will return with an improved bid before Thursday deadline.

Ajeti scored 21 goals in 43 games last term and is also attracting Brentford who are looking for a replacement for Neal Maupay, who joined Brighton for £20 million yesterday.

Basel are ready to sell the striker, and could end up flogging him to West Brom if the Hammers fail to meet their demands.

Manager Manuel Pellegrini wants to add another striker to his squad despite already bringing in French striker Sebastien Haller from Eintracht Frankfurt for a club-record £45 million, and the Swiss looks like the perfect candidate to keep the Frenchman on his toes.

Javier Hernandez is the other primary striker available, and West Ham will surely boost their top-seven chances by bringing in another quality finisher in the mould of Ajeti.

The youngster reckons he is better than Championship level, and that speaks volume of his huge belief in his abilities.

If the London Stadium outfit feel the same way is unknown, though.