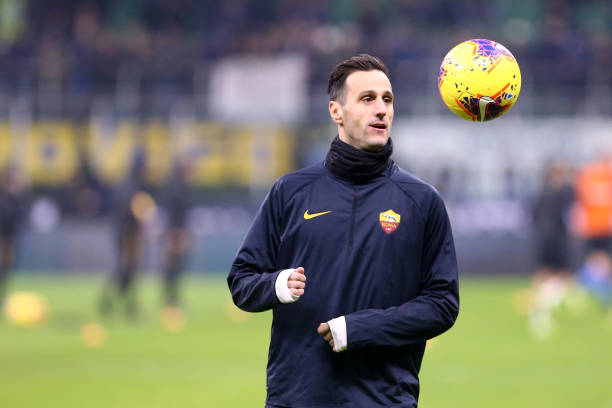 According to Italian outlet Corriere dello Sport, Atletico Madrid striker Nikola Kalinic, currently on loan at AS Roma, has been offered to Newcastle United as the Serie A side looks to cut ties with him this month.

It remains to be seen if the Croatia international is interested in moving to Tyneside, but he is very likely to change clubs in the coming days after starting just one league game and coming off the bench thrice.

Newcastle are in dire need of quality striking options given Joelinton’s struggles, but it isn’t clear if head coach Steve Bruce sees Kalinic as the solution to his side’s goalscoring woes.

The Magpies boss was once linked with the former Blackburn Rovers striker while at Aston Villa three years ago after the 31-year-old scored 33 goals over two seasons at Fiorentina, but the Croatian has scored just 10 goals since, and both Atletico – who splashed £13 million on him in the summer of 2018 – and Roma want to get rid of him.

Serie A duo Verona and Genoa reportedly asked about signing Kalinic, but he turned them down, and Roma are already ruing parting with €2 million for his loan deal in the summer.

Newcastle can’t afford to bring in a striker that won’t hit the ground running at Saint James’ Park, and this looks like a deal they should steer clear of.