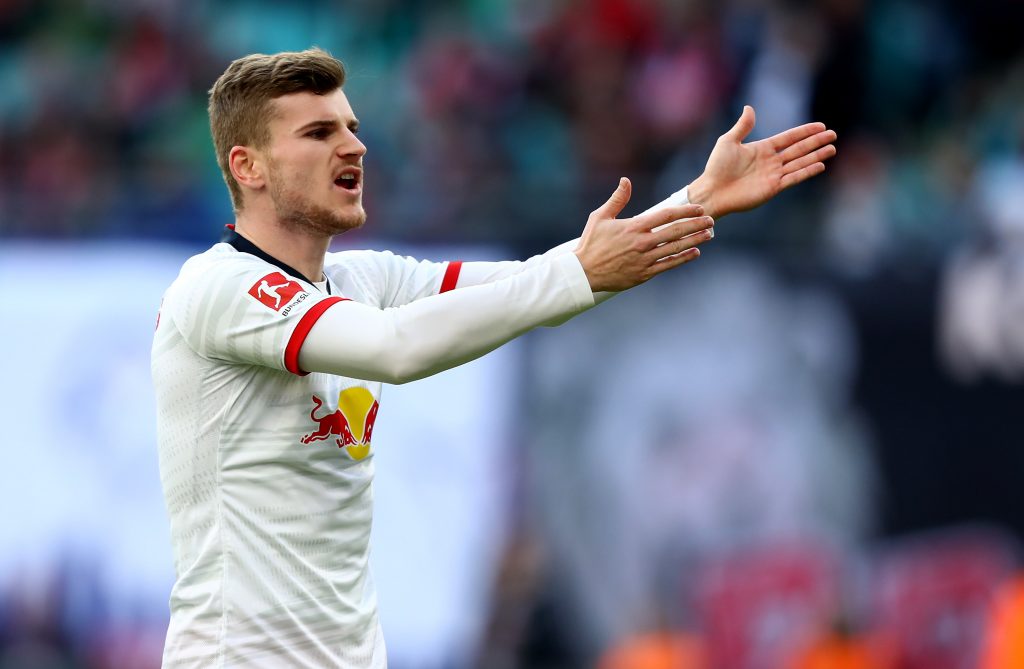 Update the English poker game @TimoWerner: Werner and @ToniRuediger are friends, played together @VfB. Rüdiger tries to convince the striker for @ChelseaFC

The Germany international stars played together at VfB Stuttgart, and Rudiger is eyeing a reunion at club level as the Blues look to further bolster their squad ahead of next season.

Liverpool were seen as favourites to land Werner, and boss Jurgen Klopp is said to have personally spoken with the Leipzig star.

However, his £54 million release clause could see the move fall through as the Reds aren’t looking to spend heavily this summer.

Chelsea are one of the clubs that have spoken with the 24-year-old, and it appears that they are ready to recruit Rudiger’s help in their attempt to beat Liverpool and co to Werner’s signature.

The German striker has bagged 30 goals in 38 appearances across all competitions for the Bundesliga side this term and will definitely be a great addition to Chelsea’s attack.

Both Willian and Pedro Rodriguez are expected to leave after the completion of the season, and Werner will be a huge buy and replacement given his versatility and quality.

Manchester United and Barcelona have also spoken with the forward, but his wish is to join Liverpool this summer or remain with the Bundesliga club till next summer before revisiting the matter.

Werner will be available for £36 million next summer and £22 million in the summer of 2022, and if Chelsea will be keen to meet his current release clause or wait till next season to join the race for his signature remains to be seen.