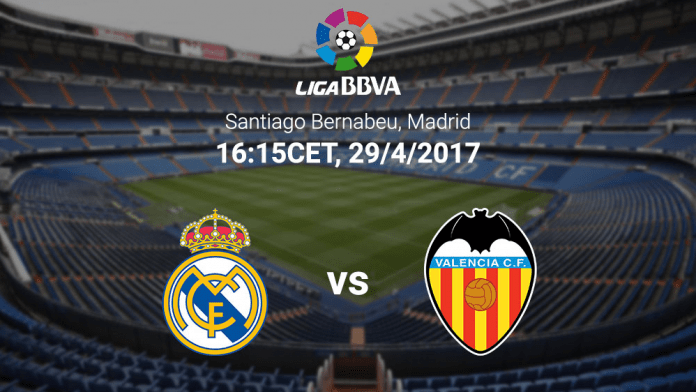 Real Madrid host Valencia in La Liga this weekend and Los Blancos will be hoping to build on their 6-2 win over Deportivo La Coruna at the Riazor.

The defeat against Barcelona in El Clasico allowed the Catalan giants a way back into the title race and Zinedine Zidane’s men cannot afford another slip up at this crucial stage of the season.

This will be a tricky outing for the La Liga leaders and they will need to be at their best to secure the three points. Valencia have often proven to be a bogey side for Real Madrid. Los Che managed to pick up a win against them at the Mestalla earlier this season.

Valencia have been impressive at home this season but their away form has been quite poor. Despite the fact that they are winless in their last three league games, they are expected to turn up for this game.

Real Madrid will be without the services of Pepe, Gareth Bale and Fabio Coentrao this weekend.

Meanwhile, Valencia are without the injured duo of Moreno and Abdennour. Cancelo and Zaza are suspended for the home side.