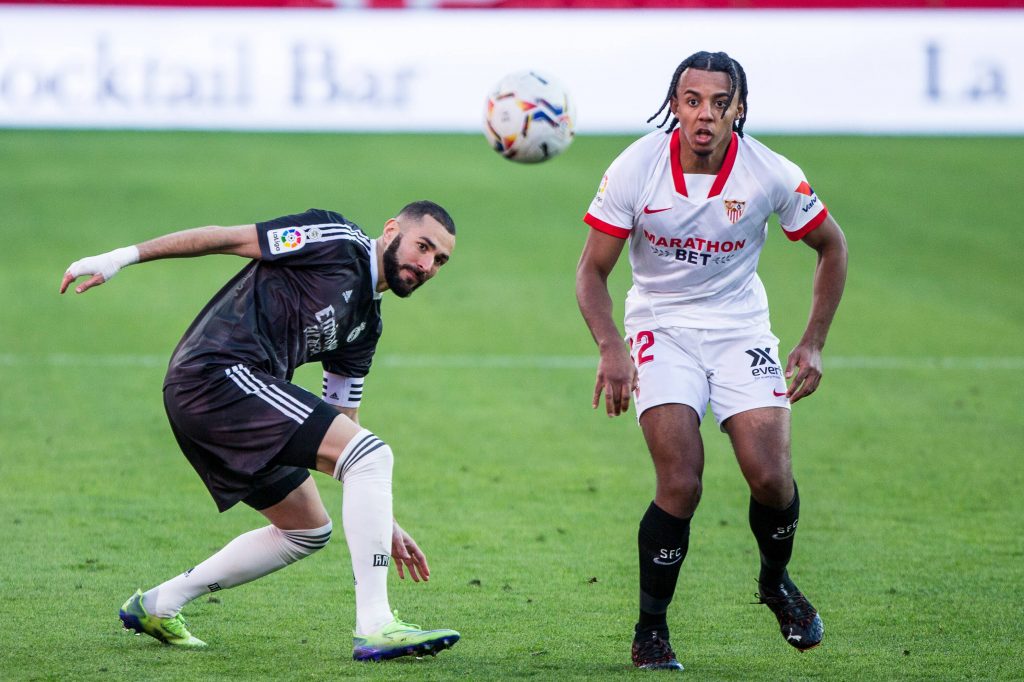 Estadio Alfredo Di Stefano is the venue, as second-placed Real Madrid take on fourth-placed Sevilla in a massive La Liga fixture on Sunday.

Only victory will do for Madrid as they take the field trailing pace-setters Atletico Madrid by two points.

Having suffered Champions League elimination to Chelsea on Wednesday, Los Merengues can now focus on retaining the domestic crown.

With four league games left to play, the Andalusian giants sit six points below Atletico and seem unlikely to return to the title race regardless of the outcome of this encounter.

Zinedine Zidane’s men have been a water-tight defensive unit, having kept a clean sheet in five of their last six La Liga outings, with only Atletico (22) conceding fewer league goals than Madrid (24) this term.

At home, Los Blancos have gone undefeated in eight consecutive league fixtures (W6, D2) since a dismal 2-1 loss to Levante on January 30, with 66.67% of those triumphs yielding the same 2-0 scoreline.

Additionally, the reigning Spanish champions have come out victorious in each of their last four top-flight showdowns against Sevilla, registering a shutout three times in the process.

Madrid have outplayed the Andalusian side in their last 11 La Liga encounters in the capital, netting a staggering average of 3.4 goals per game.

It also means 38.24% of Sevilla’s league games this season have featured the identical 1-0 scoreline (W9, L4), which has been the case two of their last three top-flight meetings with Madrid.

Julen Lopetegui’s men have reeled off a string of outstanding displays in the capital lately, having lost just one of their last five away La Liga clashes against sides from Madrid (W3, D1).

Coming into this matchday, Los Nervionenses have put together three consecutive La Liga triumphs on the road, last winning four in a row away from home in the competition in September 2010.

Interestingly, the visitors have won 50% of the away league matches they were trailing at half-time this season (W2, D1, L1).