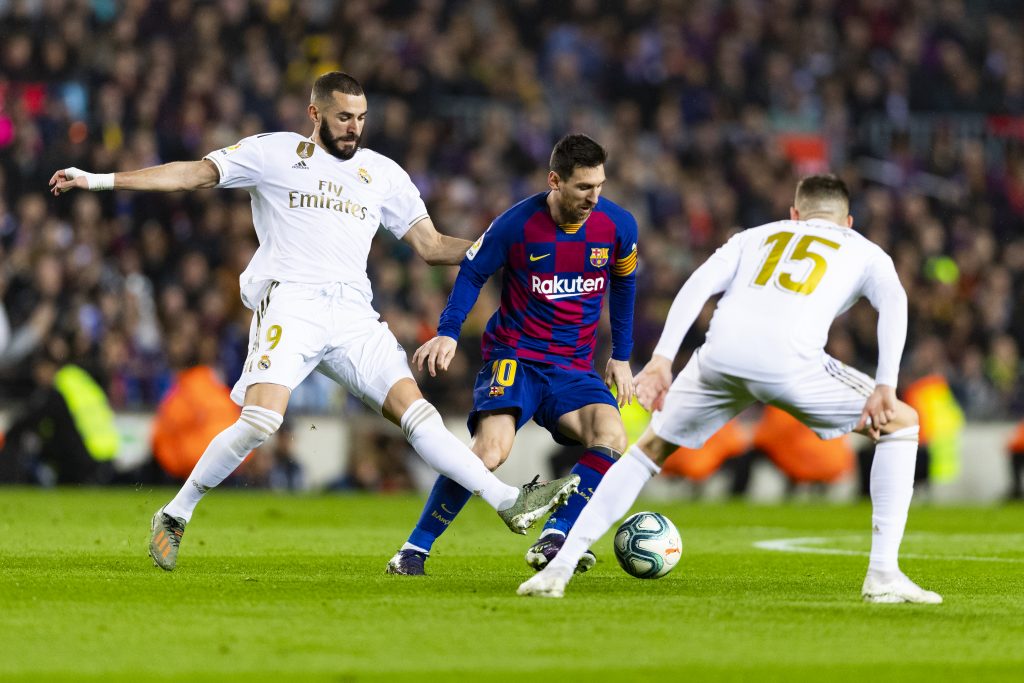 Alfredo di Stéfano Stadium is the venue as arch-rivals Real Madrid and Barcelona go head-to-head in the 182nd El Clasico in La Liga on Saturday night.

Atletico Madrid’s grip on the lead at the top of the La Liga table loosened following a drop-off in form, with Barcelona now just a point away from erasing the gap.

The reigning champions are also in contention for the crown as they sit only three points adrift of current leaders.

Victory for either side could change the complexion of the title run-in, as Barca look to put further ground between themselves and Madrid.

Since losing 2-1 to Levante at home in late January, Madrid have gone unbeaten in 12 games in all competitions (W10, D2), winning the last five by an aggregate score of 13-4.

Just one of Los Blancos’ 14 home La Liga fixtures this season has ended in a draw (W10, L3), with each of the last seven home league matches won/lost seeing the winner on the day score precisely twice.

Topically, since the 1-1 draw in the 2012/13 Copa del Rey semi-finals, none of Madrid’s subsequent ten competitive meetings with Barcelona at home have ended level (W4, L4).

Starting well will be a priority for both sides, especially considering each of their last five competitive H2Hs in the Spanish capital has seen the victor keep a clean sheet.

Zinedine Zidane has based his team’s home success on an air-tight defensive unit, as evidenced by the fact that 70% of their home La Liga wins this season came ‘to nil.’

A disappointing 2-1 defeat away to Cadiz in early January seems to have been a wake-up call for Barcelona, who have since hit the ground running in La Liga, racking up a 19-game unbeaten streak (W16, D3).

Ronald Koeman’s men have won their last nine away league matches by an aggregate score of 26-5, keeping a clean sheet on six occasions in the process.

Like it has been the case with Madrid, 70% of Barca’s away La Liga victories yielded a blank sheet (7/10), albeit no team has shipped fewer second-half away goals this season than the Catalans (five).

Barca’s tally of 31 La Liga goals scored on the road this term is second to none, with the Camp Nou outfit netting 2+ goals 60% of their top-flight trips thus far (9/15).

Even if they concede first in the latest El Clasico, the visitors should have enough character to fight their way back into the match, as they have avoided defeat in 63.64% of the league fixtures in which they fell behind this season (GP11 – W3, D4, L4).