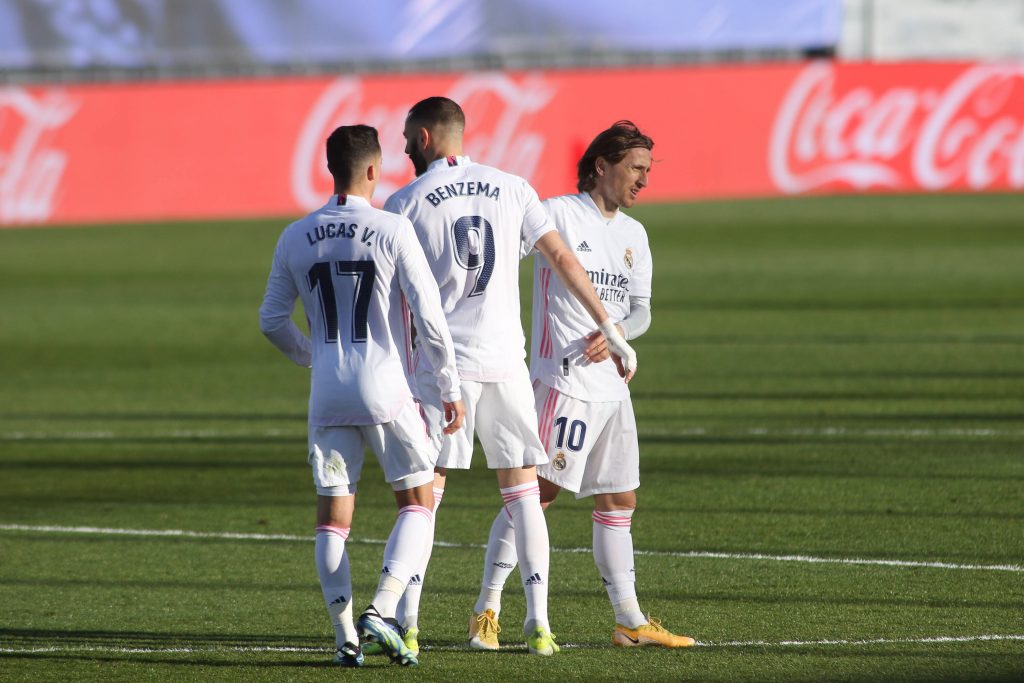 With a single goal separating the sides ahead of kick-off, the Italian side will fancy their chances of reaching the competition’s quarter-finals for the second season running.

After succumbing in both of their previous home matches in the Champions League round of 16, the reigning La Liga title-holders face the prospect of losing three in a row for the first time in the club’s history.

Stakes are high for both teams as they prepare to trade tackles at the Alfredo di Stefano Stadium.

Los Blancos have only failed to progress from one of their last nine Champions League knock-out ties in which they won the first leg away from home.

Zinedine Zidane’s men have been relentless against Italian adversaries lately, as evidenced by the fact that they have won 11 of their last 12 such duels in major European competitions (D1).

They netted over 1.5 goals per game ten times across that 12-match sequence, which has been the case in only one of their last five outings in all competitions.

The 13-time Champions League winners have failed to win any of their last four home fixtures in the competition’s knock-out stages, conceding 2+ goals on each occasion.

Karim Benzema is Real’s most in-form player, having found the net in four of his previous seven competitive appearances, including the last two.

Atalanta head to Spain to face La Liga opposition in the Champions League for the second time, with their only previous visit to the country producing a 4-3 win at Valencia.

La Dea boast the longest winning away run in the Champions League (five straight triumphs) of all sides left in the competition, having bagged over 1.5 goals four times in that spread of fixtures.

Adding to their hopes of staging what would be a stunning comeback, Gian Piero Gasperini’s men have kept a clean sheet in four of their last five Champions League trips.

Rock-solid at the back, the Italians have dealt the second-lowest average of 1.7 shots on target per away Champions League match this term and remain the only side in the competition yet to concede on the road.

Josip Ilicic will require special attention from Sergio Ramos and co after hitting the net six times in his last four Champions League starts for Atalanta.