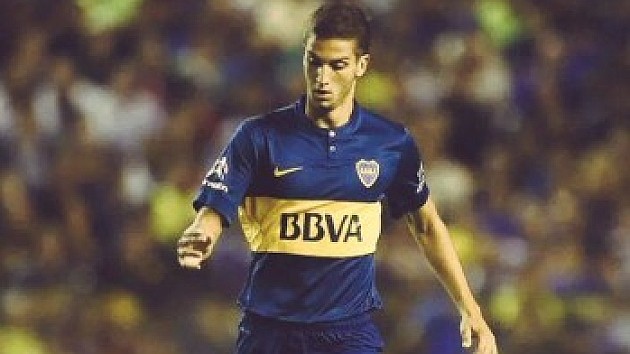 According to reports from Spanish newspaper Marca, Los Blancos are currently locked in negotiations with the Argentinian club, and are hoping to reach an agreement soon.

Boca president Daniel Angelici has confirmed that he hasn’t received any offer from Real Madrid as yet but the Argentine club would consider offers for the €15 million-rated Uruguayan.

“We have not yet received a formal proposal from Real Madrid for Bentancur,” Angelici said. “The number that is being mentioned is not correct. His clause is lower than the figure mentioned.”

Serie A giants Juventus have also show an interest, but Madrid are looking to make their move this summer ahead of the possible transfer embargo the club faces.

Madrid have signed several young players in the last 18 months, spending upwards of €35m on Martin Odegaard, Lucas Silva, Jesus Vallejo and Marcos Asensio, and Bentancur would be just the latest in a long line of talented prospects at the club.

Bentancur has been developing at a rapid pace and if Madrid fail to agree a deal now, they might lose the opportunity of singing a highly talented midfielder, as other clubs will start to show an interest as well in near future.

Madrid will probably send him on loan and give him the opportunity to continue his development with Boca.