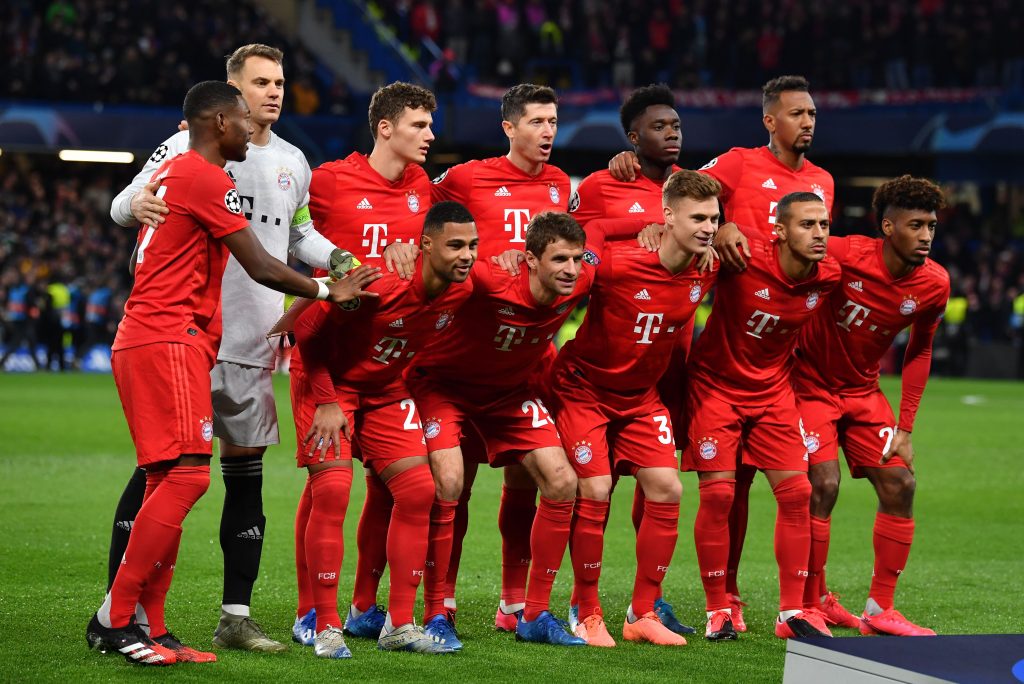 The German Bundesliga became the first top-five league in Europe to return to action amid the coronavirus pandemic in May and they managed to successfully complete their remaining fixtures for the season. Bayern Munich went on to win their eighth straight league title with a healthy 13-point advantage over Borussia Dortmund. They continued their domination in the DFB-Pokal final, where they beat Bayer Leverkusen by a comfortable 4-2 score in Berlin. The Bavarian giants will be eyeing a second treble in their history when they embark on the final phase of their Champions League campaign next month. The club have not won the elite competition since the 2012/2013 season when they beat Borussia Dortmund in the final. Bayern’s chances of European success: Hansi Flick’s side have been in tremendous form since December 11 and they have won 25 of their 26 competitive matches with the other game ending in a draw. The club have a healthy 3-0 first leg advantage over Chelsea in the Champions League round of 16, and with the second leg at home, they should comfortably progress to the last eight of the competition. Bayern have been drawn in a difficult bracket whey they could face the likes of Barcelona, Juventus, Manchester City or Real Madrid, but ultimately, they need to tackle the best to win the Champions League title. Robert Lewandowski, who has netted a staggering 51 goals this term, will be the main catalyst behind the club’s quest for the European crown. Aside from the Poland international, Thomas Muller and Serge Gnabry have both been in impressive form during the course of the campaign. Muller, in particular, has revived his career after a couple of seasons where he seemed to be on the decline. The 2014 World Cup winner has registered 12 goals and 25 assists this season and he recently eclipsed Kevin de Bruyne’s assist record (19) in the Bundesliga in the final matchday, where Bayern ran out comfortable 4-0 victors over Wolfsburg on the road. Meanwhile, Gnabry has been one of Bayern’s most improved players during the current season and his tally of 20 goals and 13 assists is reflective of the progress. The former Arsenal youngster has been Bayern’s second-highest scorer in Europe (6) this term after Lewandowski (11). Despite the rich attacking exploits, the central defence remains a potential area of weakness. Jerome Boateng has been in good form alongside David Alaba since the restart, but the German does not possess the same pace from his early days. The 31-year-old continues to remain an excellent distributor of the ball from deep lying positions, but he often tends to be the last man in the backline and could be exploited on the counter-attack, particularly if he does not have the head start over the opposition player. Alphonso Davies, who has enjoyed a superb breakthrough season at left-back, has covered up for the German on a few occasions with last-ditch tackles, but Bayern can’t afford any lapses at the back when they come up against Europe’s best. UEFA have announced that the quarter-final and semi-final games will involve single elimination matches instead of the traditional double-ties. The games will be played in a neutral venue in Lisbon and it remains to be seen whether Bayern can deliver on the day. Bayern will be well rested ahead of their European challenge, given they don’t have any competitive fixture between July 4 and August 8, when they are scheduled to host Chelsea at home. That could yet prove an advantage over some of their competitors, who don’t finish their respective domestic seasons until late July or the first week of August. Rating: 8/10 Bayern are always regarded as one of the top challengers for the Champions League and they are currently one of the in-form sides. Still, they need to get their act together when it matters the most and that has not been the case in recent European campaigns. It will be interesting to see whether they can seize their moment this time around. Stats from Transfermarkt.com
Join our Telegram channel to stay up to date on the latest in marketing