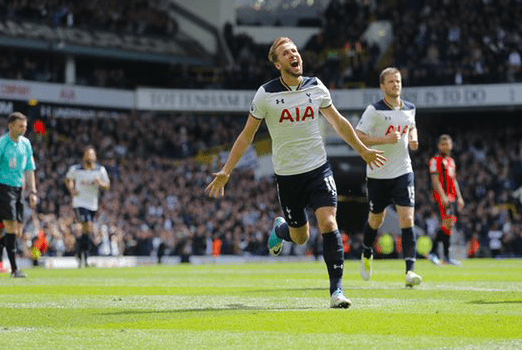 There is something beautiful about watching Mauricio Pochettino’s men in action when they’re on song. Spurs managed a rampant 4-0 win over Bournemouth at White Hart Lane on Saturday, after the 4-0 win against Watford last Saturday.

Many thought that the team would struggle after Harry Kane got injured but the striker’s absence was dutifully fulfilled by Dele Alli, Son Heung-min and Christian Eriksen. Since the striker last started a league match, Spurs had played four and won four, scoring ten goals and conceding just two. Kane’s return, however, has definitely made them even stronger. He elevates the team to another level and makes their overall game ever so threatening. His chemistry with Dele Alli on the pitch is almost palpable, and the two compliment each other’s games beautifully.

Kane has now scored 20 league goals in three successive seasons, truly demonstrating his capabilities at the highest level. They’re still murmurs of ‘one season wonder’, which make absolutely no sense given the 23-year-old’s record. Against Bournemouth too, he got a goal but could have had a couple more. His overall performance was absolutely fantastic. After bullying Simon Francis off the ball and shooting the ball past Artur Boruc in goal, Kane became just the fourth player in the Premier League’s (post-1992) history to score 20 goals in three successive seasons, following Alan Shearer, Ruud van Nistelrooy and Thierry Henry’s footsteps.

Strength in depth is something Pochettino received criticism about at the start of the season. The fact that he has been unable to find room in his starting line-up for the fit-again Victor Wanyama, a player who has been very crucial for the team, reflects the quality in his squad. The recent form of Eric Dier and Son has also made things harder for the Argentinean manager, though he wouldn’t be complaining about this sort of a problem.

Spurs are just four points behind Chelsea (who have a game in hand). At this juncture, the points that got away from them earlier in the season which feel so crucial. The draws to Leicester City, Bournemouth and West Brom in October last year cost them 6 points, points that could have been so valuable today.

Regardless, Spurs are enjoying their best campaign to date and should certainly revel in the remarkable run they’re on. They’re also undefeated at home. They still have a very tough end to the season with games against Chelsea in the FA Cup semi-final and Arsenal and Manchester United in the league. However, the form they’re in right now would make them fearless against any opposition.