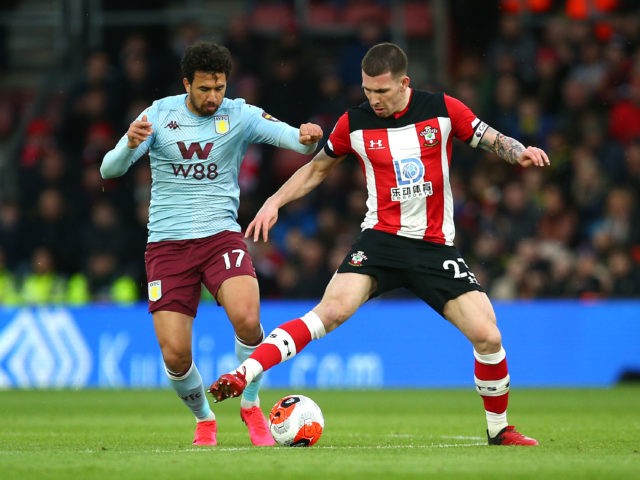 Tottenham Hotspur have been heavily linked with a move for Southampton midfielder Pierre-Emile Hojbjerg this summer.

The Telegraph claimed last month that the 24-year-old has been a long term target for the Londoners and that Spurs could make a move for him.

Hojbjerg has just one year left on his deal and he is yet to sign a new contract.

Southampton manager Ralph Hasenhuttl is clearly not happy with how the situation has been handled thus far. He has issued a stern warning to Hojbjerg that he won’t remain captain at the club without signing a new contract.

The midfielder has admitted recently that he is flattered by the links to Tottenham.

Hasenhuttl, who signed a four-year contract extension with Southampton on Tuesday, wants the situation to be resolved quickly.

“As a captain, you cannot lead a team without extending your contract. This is always difficult,” said Hojbjerg, as quoted by The Standard.

“It’s not good to go into the last year of your contract – especially as a young player with a big future.

“This is not the ideal situation, but we have opportunities to handle it and we will have talks with other players and find a decision.”

Hojbjerg has been brilliant for the Saints this season, playing in 28 of their 29 Premier League matches.

Everton are also looking to bolster their midfield this summer. The likes of Morgan Schneiderlin could be sold in the summer, while young midfielder Tom Davies could move out on loan as well. Hojbjerg would be a brilliant addition for Carlo Ancelotti’s side.