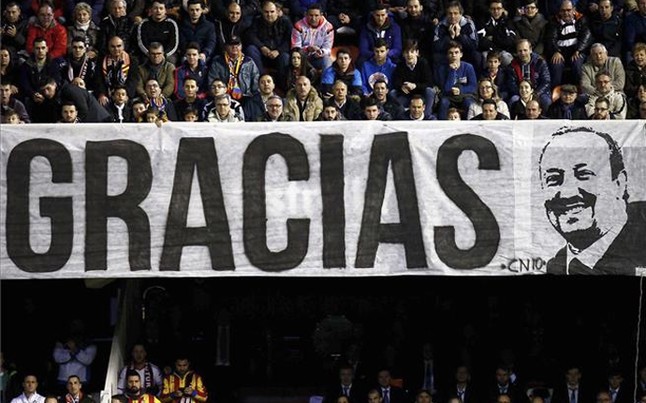 Gary Neville looked annoyed when he was asked repeatedly whether he would resign from the job after Valencia lost 7-0 to Barcelona in the first leg of the Copa del Rey on Wednesday.

‘No’ came the answer. Neville said that it was one of the most painful experiences he had had in football.

He has vowed to fight and bring the confidence back in the team, but his future at the La Liga club has come under scrutiny already.

Valencia are 12th in the league table and have gone 11 games without a victory in the La Liga. If the present situation does not change immediately, there’s no way Neville can expect to continue at the club beyond the end of the season.

According to reports from Spanish newspaper AS, former Real Madrid boss Rafael Benitez is being lined up to take over at Valencia in the summer.

The club’s sporting director Jesús García Pitarch has already opened talks with the Spaniard to know whether he would interested in returning to his old club.

Rafa has previously worked with Pitarch during his previous Valencia spell, where he won two La Liga titles and a UEFA Cup before leaving for Liverpool.

Rafa hasn’t enjoyed a great success in his recent jobs. He has not managed more than two seasons at any club since leaving Anfield in 2010. He was dismissed from his position by Real Madrid after just a few months in charge, and the Spaniard is currently unemployed.

Valencia fans paid a heart warming tribute to him when he returned to Mestalla earlier in the season, and the Los Che fans would happily welcome him back again.