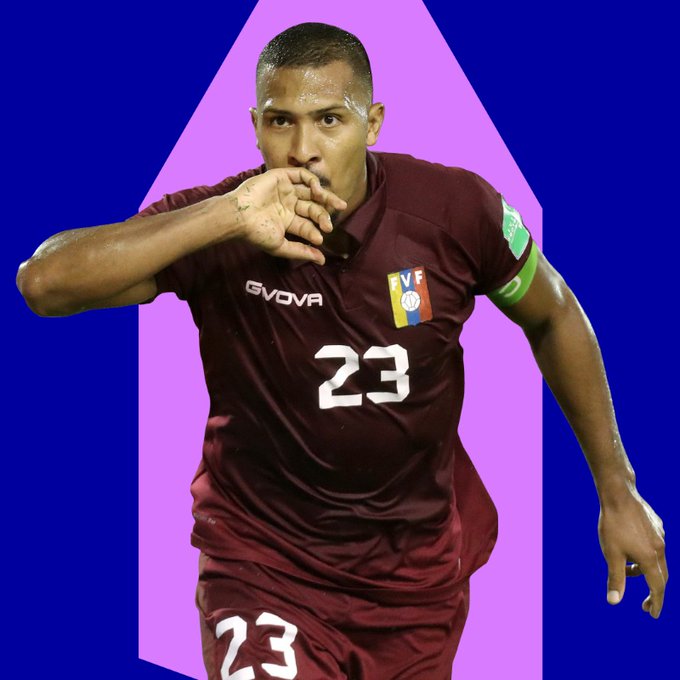 Everton confirmed the signing of Salomon Rondon yesterday right at the end of the transfer deadline day.

The former Newcastle striker joined from Chinese club Dalian Professional on a free transfer, signing a two-year contract with the option for a third season.

The Venezuelan striker has been reunited with Rafael Benitez for the third time, having previously worked with him at Newcastle and Dalian.

The 31-year-old centre-forward is a vastly experienced player who has 83 senior caps and a national team record 31 goals for his country.

Benitez has taken to Twitter to welcome Rondon following his move to Goodison Park.

Welcome @salorondon23, our paths cross one more time. I hope we celebrate soon with victories https://t.co/3bYuBTdc7P

This has been a very interesting summer transfer window for Everton.

The Toffees have operated on a tight budget, and Benitez has spent measly fees to get players like Rondon, Andros Townsend and Demarai Gray.

The signing of Rondon on a free transfer may not look like an attractive addition, but it could prove to be a very effective buy from the Toffees.

After Moise Kean was offloaded to Juventus, Everton badly needed a striker mainly to cover for Dominic Calvert-Lewin.

Everton have the likes of Cenk Tosun and Richarlison as other options but Rondon would bring goals to the side. For Newcastle, he did manage 11 goals and seven assists from 32 Premier League appearances.

If he can produce a similar sort of outcome, the transfer will be seen as a massive success.

Read: Everton fans react to the arrival of Rondon