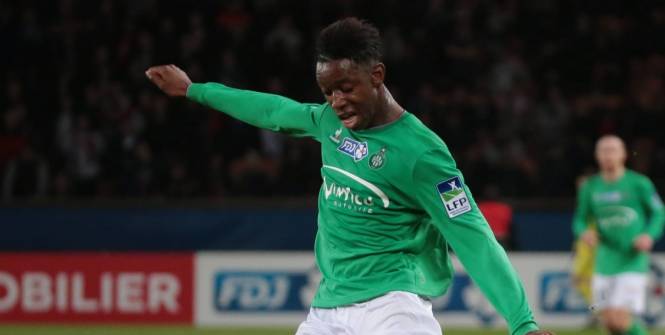 According to reports from GetWestLondon, Queens Park Rangers are reportedly leading the race to sign Dylan Saint-Louis from Saint Etienne.

The young striker has caught the attention of other Championship clubs, notably, Birmingham City and Norwich City, but it seems QPR are leading the race for his signature.

Ian Holloway aims to strengthen his side’s strike force, and Saint-Louis could be a good option for the Rangers.

The 22-year-old graduated from Saint Etienne’s youth academy and made his first team debut in 2015. He has made only two appearances for the French side so far, scoring one goal.

Last season, he was on loan at French Ligue 2 side Stade Laval, where he made a solid impression.

He scored seven goals in 32 appearances, of which five goals have come in the league. Furthermore, he has provided two assists for the French club.

QPR have had a disappointing 2016/17 campaign, where they finished 18th, just ahead of Birmingham.

The Rangers are yet to make a signing this summer with the London club are thought to be operating on a shoestring budget.

At this moment it seems, they have beaten the likes of Norwich and Birmingham to the race, and it is expected to set them back around £525,000, should they complete the deal.