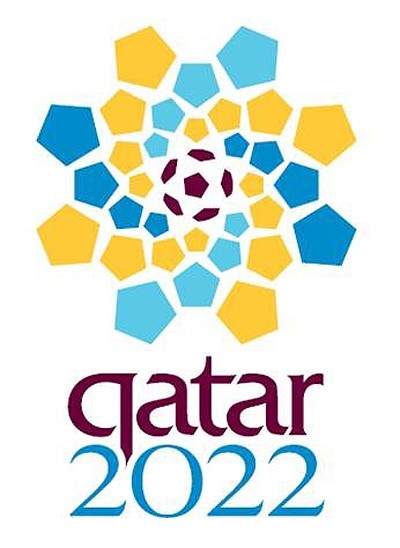 If Russia’s 2018 bid was seen as high risk in terms of delivering a FIFA World Cup of technical brilliance then the decision to stage the tournament in Qatar is staggering.

This isn’t a jibe at the country but how on earth can they host a World Cup that is going to capture the imagination of a generation who are looking to football to be their inspiration? The land itself is only covers a 40 mile radius – smaller than Wales in the United Kingdom. That alone is a staggering fact and how FIFA can truly believe that Qatar can host the biggest tournament on the planet in a diameter of land that is so moderate is rather puzzling.

It is a country that is developing at a rapid pace. The buildings and infrastructure at present is stunning and will continue to blossom over the next decade but unfortunately it just doesn’t seem feasible for them to host the tournament.

The Middle East like any continent has more right to host a World Cup than any other. That isn’t the issue, the issue is the proximity of such a small country hosting a phenonoman as big as this.

The architecture for the bid looks absolutely fantastic that can’t be denied. The proposed stadiums look to be top draw but the proposed idea for them to be air conditioned is another worrying aspect. With temperatures touching almost 50c – and maybe even hotter when 2022 summer rolls along – there is no guarantee that it’s going to work. If you think about it theses stadiums could just end up being huge greenhouses and its not as if the fans have the guarantee of cooling themselves down with a beer. It seems such a tall order for the competing players to endure such vast heat for 270 minutes at least during the group stage – that isn’t even considering the other potential four matches. We all saw the problems in USA 94 as players who aren’t used to such strenuous heat were drained and dehydrated. Carlo Ancelotti revealed in his autobiography that some of the Italian squad were pleading to be substituted due to the strain of the humidity. If anything it is putting player’s lives at risk. The body needs all the oxygen it can muster and how can one’s body sustain that in Qatar? The air conditioned stadiums are absolutely fundamental and they must work.

Franz Beckenbauer has even suggested that the tournament may need to be contested in January and February due to the strenuous heat.  It will destroy a huge amount of credibility the World Cup beholds if it was to come to fruition. It would be dangerous to toy with its tradition whilst upsetting the domestic leagues in Europe. Quite frightening really that moving the competition forward is even being contemplated.

He told Bild newspaper; “One should think about another solution. In January and February you have comfortable 25 degrees (Celsius — 77 Fahrenheit) there.”

“Qatar won the vote and deserves a fair chance as the first host from the Middle East.”

With 32 competing nations and four matches or so a day being contested during the group stage, this is going to cause mayhem on transport links. It has to cater not only for the fans that will come in their hundreds and thousands but also the competing teams along with their staff and delegates. It looks a tall order for Qatar to occupy such a vast amount of people and also keeping the everyday life of the locals as normal as possible – in terms of work and domestic life. It is also hard to envisage the locals being content with what the World Cup will bring. It’s a month long carnival of festivity and celebration. Due to their religious beliefs will they really tolerate high pitched fans that are only looking to enjoy themselves but are oblivious to the feelings of their hosts? This isn’t questioning the integrity of the locals but they have their own beliefs and will not quite belief their eyes when the fans of the 32 countries occupy their soil.

The alcohol consumption is also a worry. Although it has already been confirmed that it will be allowed in moderation it just doesn’t seem plausible. Alcohol is a culture that is heavily influenced in countries such as England, Germany and the Netherlands. Can you honestly see an alcohol free World Cup?

The distinct lack of football heritage in Qatar is obvious. Their nation have never qualified for a tournament and not even produced a moderately known player. The FIFA World Cup now however has became blatantly obvious in its way of thinking by introducing the game to farther regions and help aiding developing nations – which is correct but also common sense must prevail. They have already confirmed that this is a huge risk but yet they fully believe that it will be a success.  Despite the country not being even moderately considered as a footballing nation, will 2022 bring it everlasting benefits to its generation and springboard them onto the scene? Again it’s something that has yet another question mark lingering over it.

It just seems too much of an enormous task for such a small country to pull off a tournament worthy of its predecessors. They have eleven years to get everything in place and in order and I’m sure the infrastructure and stadia will be stunning, but whether Qatar can produce a tournament with limited errors just seems highly improbable.

They will try but a lot can happen between now and 2022 and with all the money behind their bid Qatar will do their utmost to make it work. At present we are may be being pessimistic but when you look at the facts it does look hard to envisage this being a success.