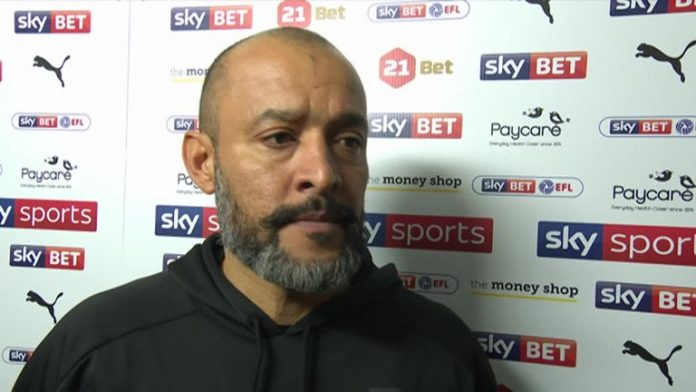 Bolton head into the match 20th in the table, level on points with Birmingham City and just two points ahead of Barnsley who have a game in hand on the two sides above them.

Wolves have already secured promotion to the Premier League, but Sky Sports’ pundit David Prutton is backing them to win 2-0 at the Macron Stadium (15/2 with Sky Bet).

“Bolton would have been a massive step closer to safety if they’d managed to hold on for just a couple more minutes against Barnsley last Saturday, but they couldn’t and it’s left them right in the thick of the survival battle,” he said.

“You wonder if Wolves will dip a little now they’ve secured promotion. It happened to Brighton last season and Bolton will certainly be hoping it happens to Nuno’s side.

“I don’t think he’ll let that happen though – away win.”

Wolves still need one point to clinch the league title and they are strongly fancied to guarantee themselves top spot this weekend.