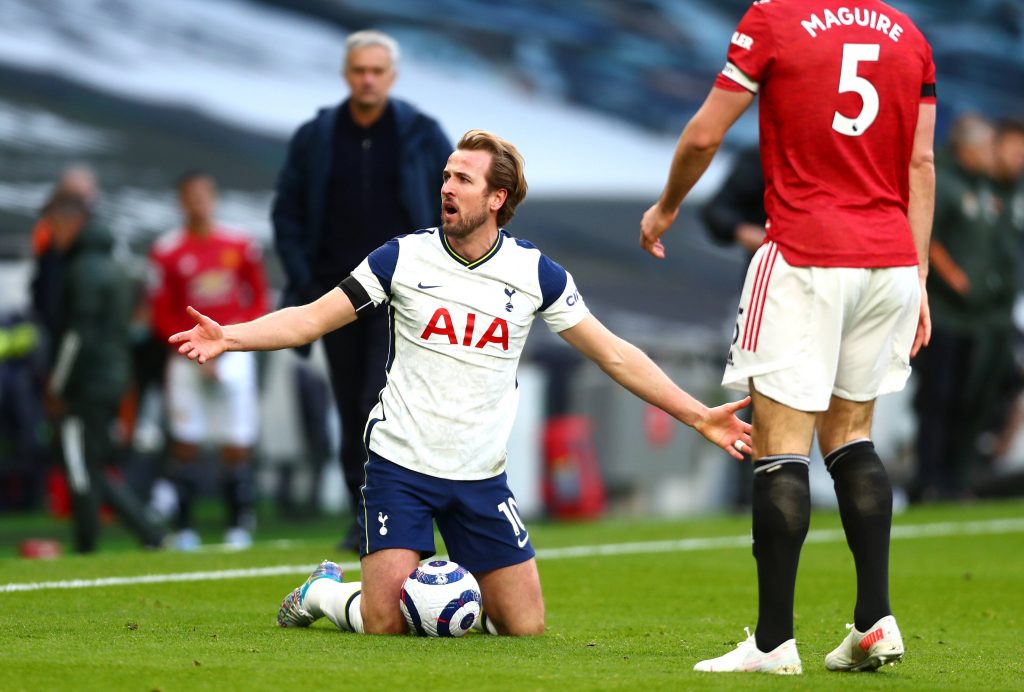 Kane could consider leaving Tottenham in the summer if the north London club fail to qualify for the Champions League.

The England skipper still has three years left on his present deal, and Daniel Levy could demand a fee in the region of £150 million for him.

According to reports from The Independent, the French giants will move for Kane but under one condition.

Clubs worldwide are struggling with finances due to the pandemic, and PSG would struggle to fund his move. However, they will still make an audacious attempt – one that suits all parties involved – if Kylian Mbappe leaves the club.

Mbappe is yet to sign a new deal with his current contract set to run out in summer 2022. Real Madrid are reportedly interested in signing him.

The French champions are monitoring his situation. Kane will be reunited with Spurs manager Mauricio Pochettino if he moves to PSG in the summer.

The report claims that Kane wants to stay in England, and would fancy a move to one of the Manchester clubs.

City are prioritising signing Erling Braut Haaland but could consider a move for Kane if they fail to land the Borussia Dortmund striker.

Manchester United are also interested in signing him, but the Red Devils are willing to meet Levy’s asking price.

However, he won’t sanction the sale of Kane to any rival Premier League club.

In other news, Spurs are looking to offload as many as five to six players this summer.