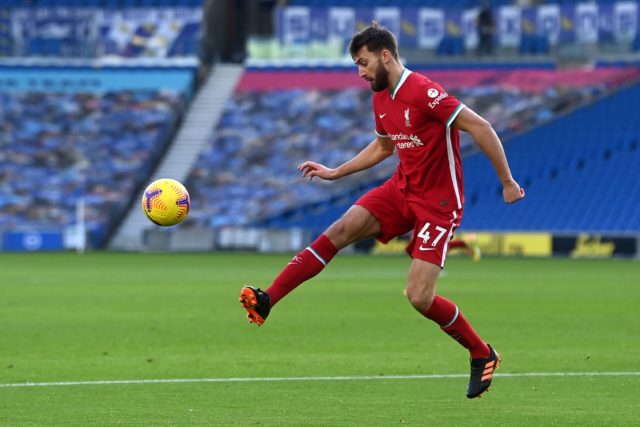 Liverpool will face Tottenham Hotspur at Anfield in the top-of-the-table clash on Wednesday night, and you can watch this and other Premier League games live online.

Tv Info: The game will be shown live on Amazon Prime.

Only goal difference sets two teams apart at the top of the table, and it promises to be a cracking contest.

Liverpool are heading into this fixture on the back of a disappointing 1-1 draw against Fulham, and Spurs could punish them badly if they repeat a similar sort of performance.

The Reds have won all of their home games this season, but they must nullify the threat of Harry Kane and Son Heung-Min – both have combined for 19 of Spurs’ 24 league goals so far.

Goalkeeper: Alisson was superb against Fulham on Sunday and the Brazilian is set to keep his place in goal.

Defence: Klopp confirmed yesterday that Liverpool physios are working hard to keep Joel Matip fit for this game. Matip picked up a bask spasm in the last game and he was taken off at the break.

With games coming thick and fast, Klopp may not risk him if he fails to recover completely. Nathaniel Phillips, 23, has done well in the Premier League, whatever little opportunity he has been given, and he could start alongside Fabinho.

Trent Alexander-Arnold looked rusty against Fulham and was replaced by Neco Williams in the second half. However, the England right-back should retain his place.

Midfield: Naby Keita has returned to training but Klopp has admitted that he has ‘no rhythm’ and the club are treating him carefully. Jordan Henderson, Gini Wijnaldum and Curtis Jones are set to continue in midfield.

Forward: Roberto Firmino and Sadio Mane have yet to hit their best form this season, but the duo is likely to start alongside Mohamed Salah.