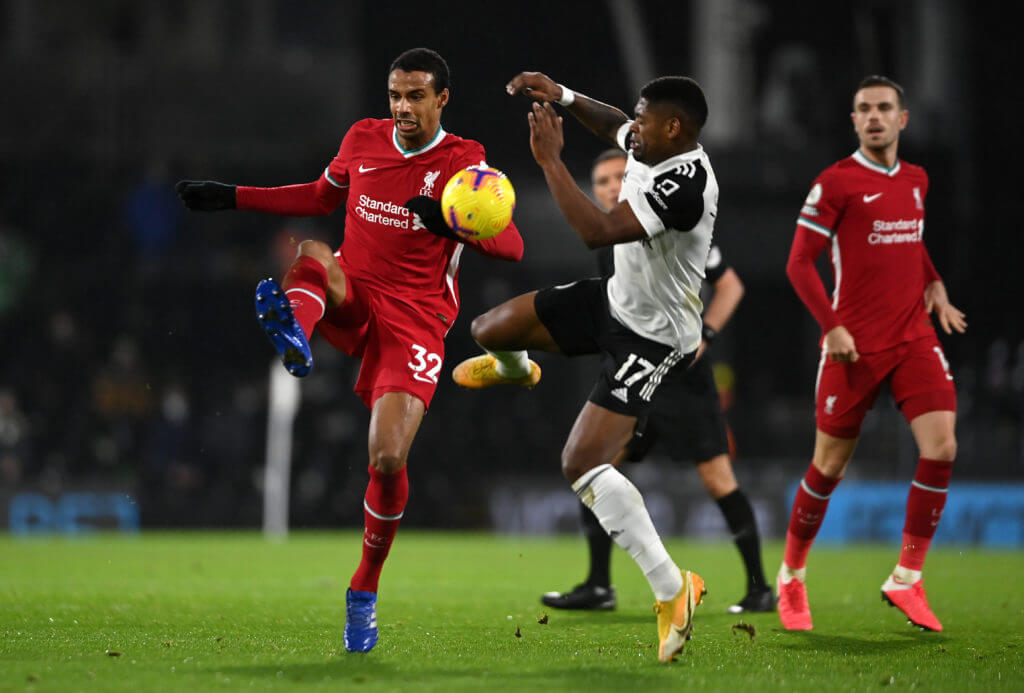 Liverpool will face Tottenham Hotspur in the Premier League clash on Wednesday night at Anfield, and it promises to be a cracker.

Only goal difference sets two teams apart at the top of the table, and Jurgen Klopp, the Liverpool boss has paid great respect to their opponent ahead of the match.

Klopp has delivered the latest injury news ahead of the match, and there’s very little to get excited about for a Liverpool fan.

The Reds boss has suggested that no one is coming back from injury, while the club physios are working really hard to keep Joel Matip fit for this clash.

Matip picked up a back spasm during the game against Fulham and he was taken off in the first half at Craven Cottage.

With Liverpool already depleted at the back, losing Matip at the back for such a crunch game would be a massive blow for the club.

Many Liverpool fans have taken to social networking site Twitter to express their reaction after the news was relayed by James Pearce of The Athletic.

This is pathetic. Has he ever played 10 consecutive matches for us? He’s a fine CB but his fitness is worse than mine.

This doesn't sound good at all. He might have to sit this one out. If we had 5 subs we could risk it, but with 3 there is no point as we will certainly have to bring him off in the game.

Just play Nat or Rhys, this seems like forcing him to play and might lead to something long term

Play Williams and let Matip recover properly. We keep doing this to returning players. It's not as if matip doesn't have history of recurring injuries. Much like Keita.

Which makes sense. But I thought Phillips has done pretty well when given the chance.

Klopp has suggested that midfielder Naby Keita could return to the side. However, he is likely to play from the bench even if he makes the matchday squad.

With Harry Kane and Son Heung-Min being in outstanding form this season, Klopp will be hoping to have Matip back alongside Fabinho.

In case Matip fails to make the starting line-up, Klopp will have to trust either Nathaniel Phillips or Rhys Williams to pair up with the Brazilian.

Phillips has done remarkably well in the Premier League, whatever little opportunity he has been given, but facing Kane and Son is a different challenge altogether.

Young Williams has done well in the Champions League this season for the Reds and he could be a decent option. Jordan Henderson played alongside Fabinho in the second half against Fulham, but Klopp is unlikely to use him at the back against Spurs.