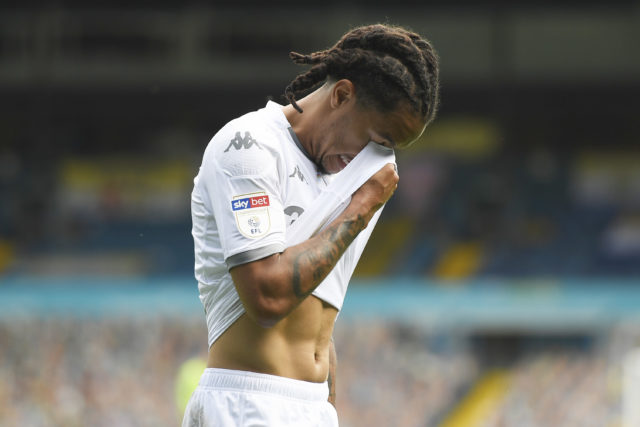 Leeds United will face Stoke City in their next Championship game on Thursday at Elland Road.

The Whites are heading into this match on the back of a strong 3-1 win against Blackburn Rovers last weekend.

With both Fulham and Brentford having won their respective matches, the pressure is on Leeds to deliver.

Marcelo Bielsa’s side are top of the Championship table and a victory against Stoke City will take them one step closer in their bid to secure promotion to the Premier League next season.

Ahead of the match, Bielsa has confirmed that Stuart Dallas and Helder Costa have trained with the side and that they are fit to play against Stoke City.

In case, they fail to do so, then Barry Douglas and Ezgjan Alioski will start.

Bielsa said: “Probably they play. Today they trained normally. In case they are not able to play, [Barry] Douglas and [Ezgjan] Alioski are going to play instead.”

Both Douglas and Alioski were brilliant against Rovers, but it seems Bielsa wants to deploy his regular starters instead.

Costa will be in full confidence ahead of the game. The 26-year-old hasn’t been at his impressive best this season, but he is still a key player for the side.

The club confirmed yesterday that Costa has officially joined Leeds on a permanent basis after the conclusion of his season-long loan from Wolverhampton Wanderers. The Portuguese winger has signed a four-year deal at Elland Road, which will run until the summer of 2024.

Bielsa could start with Pablo Hernandez as well in place of Tyler Roberts for this game. Thus, the likes of Dallas, Costa, and Hernandez are expected to feature against Stoke on Thursday.