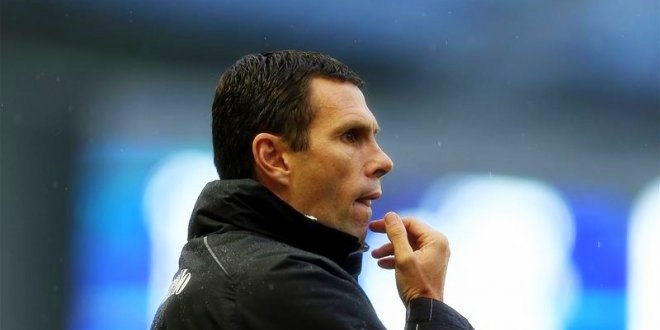 After a brief yet seemingly half-hearted flirtation, Brighton & Hove Albion manager Gus Poyet has declined the advances of Premier League strugglers Reading to stay with the South Coast club.

Poyet, 45, has made an excellent start to his managerial career with Brighton, and his current side lie outside the Championship play-offs on goal difference.

However, there are also plenty of promising British players at the new Amex Stadium. 23-year-old midfielder Liam Bridcutt has been called up to the Scotland squad for the first time, while strikers Craig Mackail-Smith and Will Hoskins are experienced in the lower leagues and would fancy the chance to impress at Premier League level.

Everything hints at Brighton continuing to grow as a club, while the sacking of Brian McDermott suggests confused decision-making at Reading.

The Berkshire club surprisingly won the English Championship last year under McDermott, but have failed to push on since, losing four successive games including a crucial 2-1 defeat to relegation rivals Aston Villa at the Madejski Stadium – which proved the final straw for owner Anton Zingarevich.

Zingarevich has been widely criticised for dispensing with the popular 50-year-old so close to the end of the season, leaving his replacement little time to transform the side.

And given that even winger Jimmy Kebe admitted that the squad was not of Premier League quality in a fiery interview over the Christmas period, it is difficult to see what Poyet would gain from moving to a stagnant side likely to be relegated.

Conversely, Brighton are in a rich vein of form just when they need to be flourishing. A 3-0 victory over local rivals and promotion candidates Crystal Palace at a delirious Amex Stadium was hugely impressive, and their attractive brand of football suggests that they will continue to progress.

Indeed, with Leicester City and Watford faltering recently, Poyet will harbour increasingly realistic hopes of a play-off position, followed by promotion – which would probably involve trading divisions with Reading.

And given the Uruguyan’s excellence, it is possible that elite Premier League sides will make their move. Poyet remains admired at Stamford Bridge, where he enjoyed a distinguished playing career, and could be in the frame at Everton if David Moyes decides to leave Goodison Park.

This is, of course, hypothetical and unlikely to happen in the near future. However, it was shrewd of Poyet to eschew the possibility of a pay rise and what arguably amounts to a sideways move.

Zingarevich is now likely to turn to former Southampton manager Nigel Adkins, a coach of pedigree who would help to stabilise the situation at the Madejski Stadium. Meanwhile, for Poyet, the sky appears to be the limit.

The author of this article is Isaac Leigh.