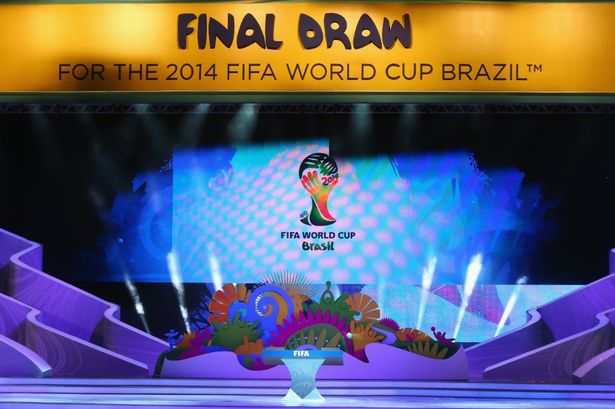 FIFA have done it again. Just when everyone thought they had the World Cup Draw format figured out, Sepp Blatter, Michal Platini, and the bribe-accepting, cigar-smoking, ghost-whispering FIFA delegates pulled the rug out from under the feet of at least one poor European nation.

When introducing the pots for the Final Draw on Tuesday, FIFA spiced up the humdrum event by introducing a magical and dark Pot X, in addition to the “Pre Draw”.

With an imbalance in the FIFA World Rankings seeing nine European teams unseeded, and the likes of World Cup heavyweights Columbia, Uruguay, and Switzerland in the seeded pot instead, there were nine teams in the final pot, and only seven teams in the second pot.

In 2006, when this same thing happened, FIFA took the European side ranked lowest in the FIFA rankings and put them in the pot with seven teams. This time, the team ranked lowest was France – Mr. Platini’s country.

Hence “Pot X”, named “Pot X” instead of, say, Pot Five, as would have been logical, because X is a very enticing letter indeed.

One European team will be drawn out of the cozy comforts of Pot Four, and placed in Pot X, which will surely be sequestered on the far right side of the stage with a green lamp and bloody moss hanging over it.

But FIFA aren’t done with the fun. One team from the seeded pot, Pot One, will be taken out of the pot of (mostly) esteemed teams, and placed in Pot X as well.

Except hold on, only the four South American sides are eligible for entry into Pot X. Even Brazil, the host country, can be placed in the moldy X Pot, casting a shadow of doubt onto the conspiracy theory that the hosts always get the easiest group.

FIFA taking this extra measure to ensure that there can’t be three European teams in one group, which would just be no fun unless those three teams were some combination of England, Germany, Italy and France.

After there are two teams dumped into Mordor Pot X, it is unclear whether Pot X will enjoy its harrowing existence with two more teams, or whether it will simply cease to exist at all, and instead have its teams transported into a regular group.

Actually, it’s unclear whether Pot X will even be a physical pot, or just an imagined being, or off-stage rabbit hat, or whether Sepp Blatter will just save everyone the trouble and hand England the dreaded fate, which the British media is already fairly convinced of.

Yes, the World Cup Draw is fascinating stuff. But why should FIFA stop with a Pot X? There are so many more opportunities for fun on the Brazilian coast on Friday.

How about a Hunger Games promotion where all the coaches from the non-seeded teams fight to the death in a special arena for the right to be drawn in a group with Switzerland? The promotion dollars would be hard to turn down.

What about a special red ping-pong ball in each pot, with the lucky team starting their group with three points?

How’s this one: Sepp Blatter picks one team out of a pot of his choosing, and that team is simply knocked out!

Or what if the last remaining team in each pot has to start their first match with only eight players?

What if each team had a specialized entrance to the event? You could have the entire French team spraying champagne in each other’s eyes with Raymond Domenech refusing to shake the hand of the entire FIFA congregation.

You could have Luiz Suarez biting all the members of the audience, or Wayne Rooney spitting at Cristiano Ronaldo who would collapse clutching his face. 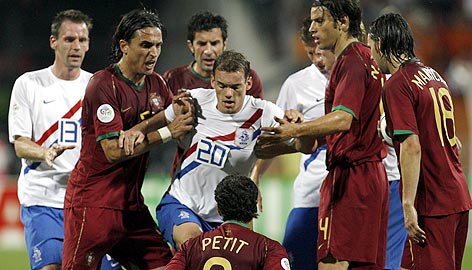 You could have the Portuguese and Dutch teams reenacting the Battle of the Bulge with lightsabers and toothpicks. FIFA is a joke anyway, right?

This would be must see television, if the draw isn’t must see TV already. I know why I’ll be watching: France might be drawn into Pot X anyway.