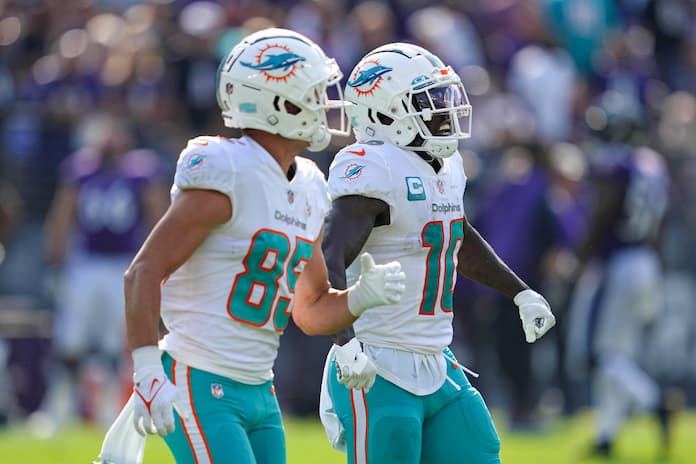 The Miami Dolphins are to be investigated after their decision to allow Tua Tagovailoa to return to action yesterday.

Tagovailoa went off with a head injury after a knock during the game against the Bills.

You can clearly see from the video that Tua was shaky on his feet as he fell to the floor. Despite looking like he had a head injury, Tagovailoa returned to the field at the start of Q3 and finished the game off.

This has sparked the NFL and players’ association to investigate the handling of his concussion. In the past, teams have been fined for failing to stick to the concussion protocols.

NFL player health and safety guidelines state that players who demonstrate “gross motor instability,” or stumbling or falling when trying to stand, are required to be evaluated to determine the cause of the instability.

What Did Tagovailoa and Mike McDaniel Say After The Game?

Tagovailoa and coach Mike McDaniel said after that the quarterback sustained a back injury and passed through the concussion protocol.

McDaniel told the media that:

Why Is Following Concussion Protocol Important?

In September 2009, The New York Times published an article of an NFL-funded study stating that former players are 19 times more likely than the general population to have dementia, Alzheimer’s or other memory-related diseases.

The report shocked the world of the NFL into serious action to help protect the players that take to the field.

The NFL then introduced the concussion protocols that teams must abide by to protect the players.