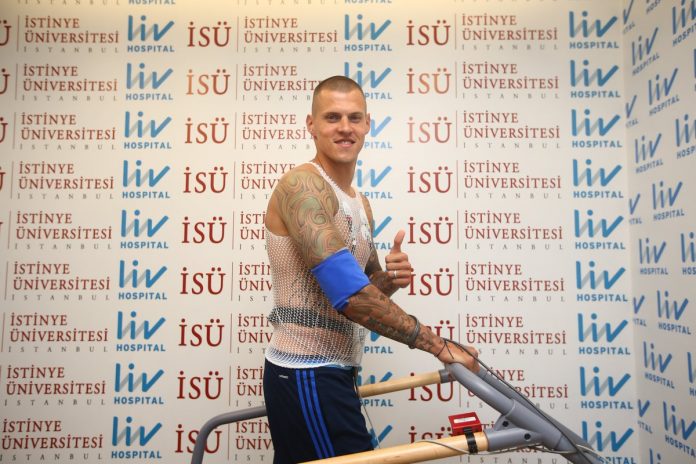 Liverpool defender Martin Skrtel is on the verge of joining Turkish club Fenerbahce this summer. The Slovakian defender has arrived in Istanbul to complete his medical and other formalities.

Fenerbahce have released images of Skrtel undergoing a medical at the club on their official twitter account:

The Slovakian defender was signed by Rafael Benitez in 2008 from Zenit Saint Petersburg and has been at the club for eight seasons. However, Jurgen Klopp has allowed him to move on following the arrival of Joel Matip from Schalke.

During his time at Anfield, Skrtel made 320 appearances for the Reds and scored 18 goals.
According to reports from Daily Mail, Skrtel received a warm welcome from the Fenerbahce supporters when he landed in Istanbul on Tuesday night.

According to reports from Sky Sports, Fenerbahce are understood to have offered £5m for the Slovakia international captain.